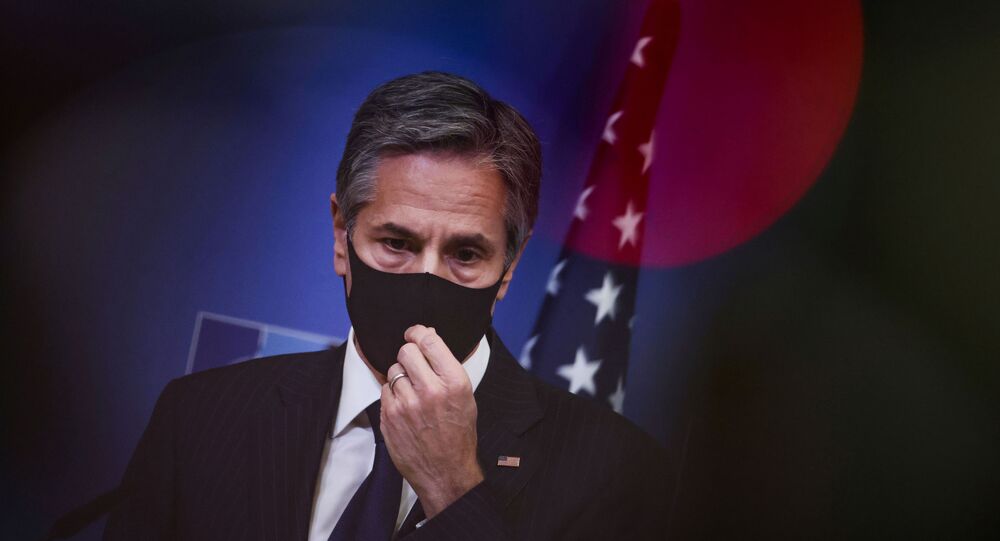 US President Joe Biden has landed in left-wingers’ crosshairs for what is seen as the continuation of the immigration policies of his predecessor, Donald Trump, including putting migrants into detention centres for an extended period of time and scrutinising them and their backgrounds.

It will be "very hard" for President Joe Biden's administration to meet a previous goal that would have raised the cap to 62,500 refugee admissions this fiscal year, US Secretary of State Antony Blinken said in comments to ABC's This Week on Sunday.

"It's going to be very hard to meet the 62,000 (goal) this fiscal year. But we're going to be revisiting this over the coming weeks," Blinken told the programme.

Joe Biden’s latest directive aims to boost the processing of asylum applications, but will keep the maximum number of those who can be accepted annually at the same level as under former Republican President Donald Trump - up to 15,000 people. The move instantly drew the ire of left-wingers, with the Democrats recalling his previous pledges.

Two months ago, Biden vowed to make a “down payment” on the goal of upping the cap to 125,000 annually for the new administration’s first full fiscal year, beginning in October. Days later, he clarified that he would go halfway for the remaining part of the fiscal year 2021 and raise the benchmark to 62,500.

The New York Times reported that the US had already vetted around 35,000 refugees, who have applied to cross into the US from refugee camps around the globe, where they are required to stay while awaiting the US authorities’ decision.

Yet, a senior administration official shared with the Hill that Biden’s order was an improvement that "is needed to offer protection to vulnerable refugees who could not access the program under the previous one."

That answer mirrors a similar logic at play across the Biden administration’s immigration policies, where deportations have continued unabated since Trump left office in January, but now under the pretext of protecting public health.

The National Immigrant Justice Center has pointed out that deportations have been actually on the rise under Biden, sparking negative feedback from quite a few Democrats.

Among them is Rep. Ilhan Omar (D-MN), a Somali refugee who arrived in the US as a child in 1995. She wrote a furious letter to Biden on Friday fuming that the country’s refugee policy “remains unacceptably draconian and discriminatory”, implying a comparison to Trump, who referred to uncontrolled migration flows as a genuine “national threat.”

“As a refugee, I know finding a home is a matter of life or death for children around the world,” Omar said in a Friday tweet, with the letter attached to it.

She dubbed it “shameful” that Biden was “reneging on a key promise to welcome refugees” after Reps. Jan Schakowsky (D-IL), Pramila Jaypal (D-WA), and she herself had recently demanded that he push the cap up.
Forty other Democratic lawmakers co-signed the letter.