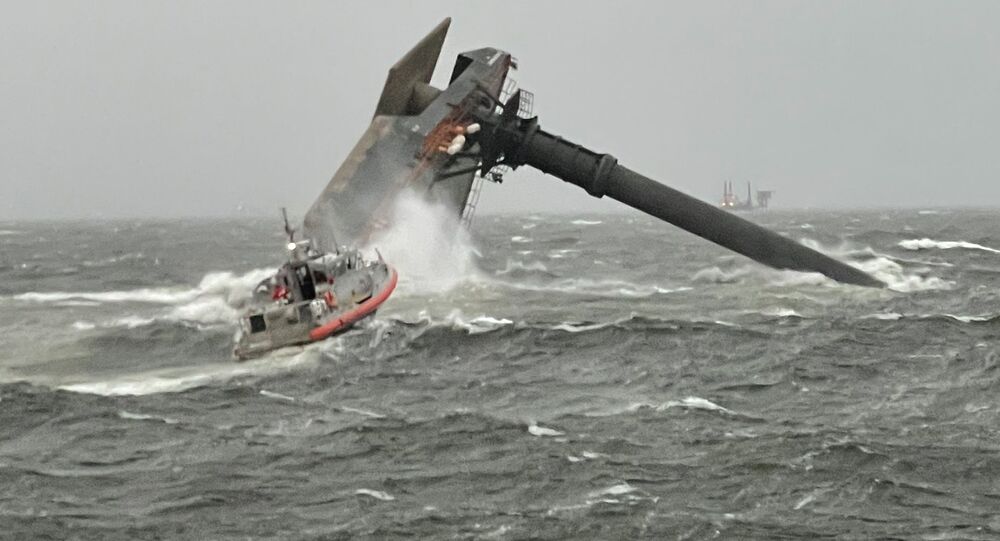 USCG Capt. Will Watson confirmed on Wednesday morning that one of the 19 missing Seacor Power crewmembers was found dead, and another six individuals have been rescued since the service received an emergency distress signal at 4:30 p.m. local time on Tuesday.

The USCG and at least four 'good Samaritan' vessels are still searching for the remaining 12 crewmembers.

"We are hopeful. We can’t do this work if you’re not optimistic, if you’re not hopeful," he said, as reported by the Associated Press.

"The crew of the pre-commissioned Coast Guard Cutter Glenn Harris, a 154-foot Fast Response Cutter, arrived on scene within 30 minutes and rescued one person from the capsized vessel," the initial USCG release detailed.

As of this article's publication, the large commercial vessel remains on its side, approximately 8 miles south of Port Fourchon.

Archie Chaisson III, president of the Lafourche Parish, told reporters that the community is praying and hopes "we can bring the other 12 home alive." He also warned that the region has "the potential for some rough weather around lunchtime," which may impede the search.

Please join @FirstLadyOfLA and me in praying for those who remain missing after yesterday’s capsizing off the coast of Grand Isle and for those who are working to rescue them. #lagov

Louisiana Governor John Bel Edwards issued a Wednesday morning tweet, requesting prayers for those who remain missing, as well as those assisting with search and rescue efforts.