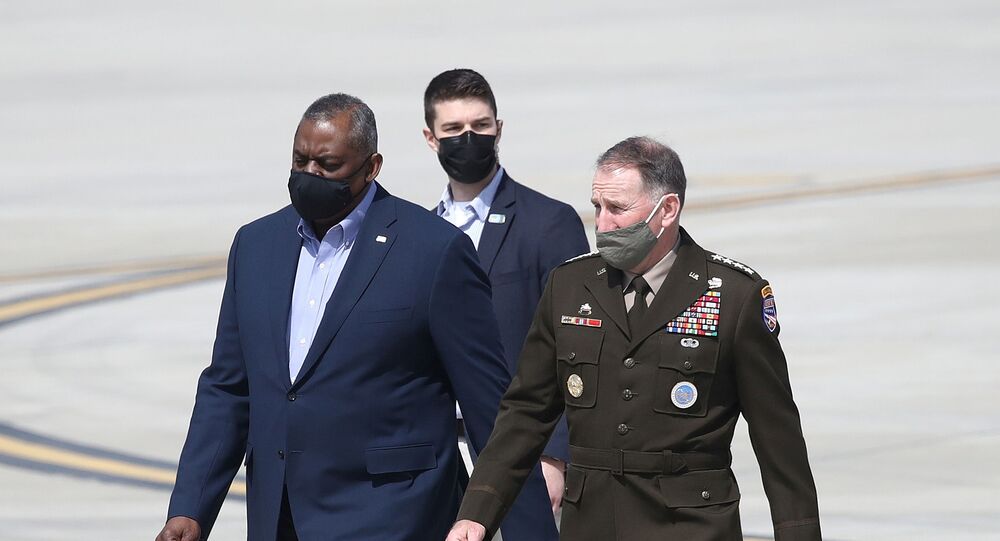 Pentagon chief Lloyd Austin, appointed by US president Joe Biden on 22 January, earlier said that Russia and China are the main challenges for the US, adding that Beijing remains a top competitor due to its “ascent and the scope and scale” of its military modernization.

US Secretary of Defense Lloyd Austin will carry out official visits to Israel, Germany and the United Kingdom starting 10 April, the Pentagon announced on Thursday in a statement.

Austin will also visit the NATO headquarters in Belgium to discuss "how the Alliance is tackling destabilizing behavior by Russia, a rising China, terrorism, and global challenges such as COVID-19 and climate change."

"Secretary Austin will meet with his counterparts and other senior officials to discuss the importance of international defense relationships, and reinforce the United States' commitment to deterrence and defense, burden sharing, and enduring trans-Atlantic security," the statement reads.

In Germany, Austin has scheduled meetings with German Minister of Defense Annegret Kramp-Karrenbauer and Chancellery Foreign and Security Policy adviser, Dr. Jan Hecker, to "reinforce the value" the US contributes on the bilateral defense relationship with one of the nation's "closest NATO allies.”

“Other topics of discussion include combating the malign influence of our shared strategic rivals, and continued dialogue on US force posture in Germany and elsewhere,” the paper reads.

The trip will also include the US European Command and US Africa Command headquarters in Germany to meet with US troops and senior commanders and "highlight his vision for security interests in the region."

During the course of the trip Austin will travel to Britain to meet with UK Secretary of State for Defense Ben Wallace to "reaffirm the importance of US-UK defense cooperation to meet global security challenges."