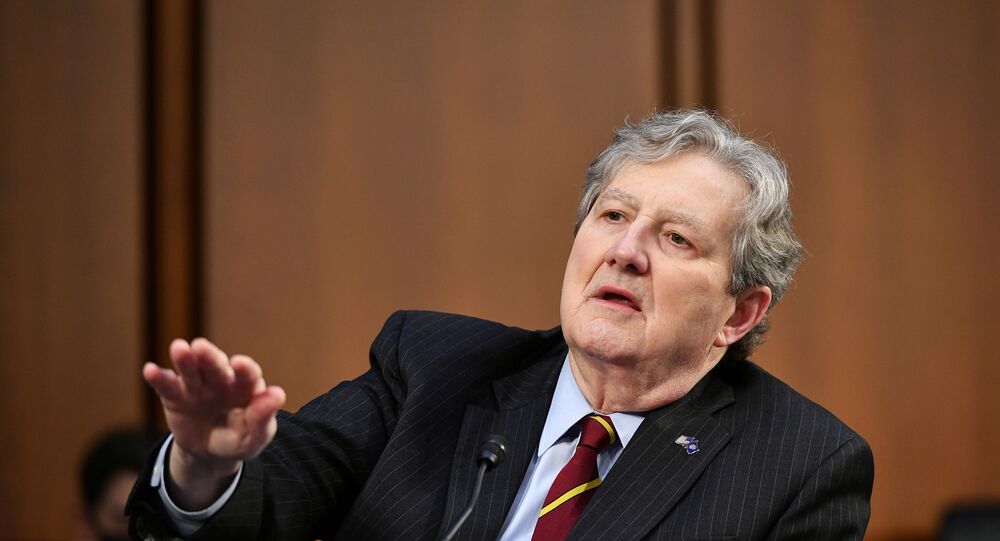 The latest deadly gun killings in Colorado, like those before, have increased the tension in the long-term debate over gun possession in US. The US president, Joe Biden, has urged senators to draft a number of bills that will, similar to the rest of the world, restrict public ownership of weapons.

Speaking on Tuesday to "Fox News Primetime," Louisiana Republican Senator John Kennedy commented on Dem efforts to prohibit the ownership of automatic, military and assault weapons, saying that there is no need in further restrictions.

“What we have got to concentrate on is how to control that risk. You're not going to stop the killings until you stop the killers. But you don't stop drunk drivers by getting rid of all sober drivers," he suggested, adding, "which is what many of my Democratic friends want to do with respect to the Second Amendment.”

Kennedy claimed that the US does not need more gun control, but more “idiot control,” recalling attempts to “strengthen national database” to prevent people with criminal records and mental disorders from owing weapons.

“If you're convicted of certain crimes, if you have a tendency to violence, if you're mentally ill and you want to buy a gun, your name has to run through a database,” he said.

Kennedy noted that the existing database suffers from huge gaps, as federal and state law enforcement are not eager to spend the money to network and refine their data. He also said that a failed bill introduced by Senators Chuck Grassley and Ted Cruz would have narrowed down the database and “would have cracked down on people who have guns who shouldn't have guns”.

The Monday gun shooting in Colorado, which resulted in ten deaths, including one police offcier, again heated the longterm discussion in the US over gun legislation. On Tuesday, US President Joe Biden called to "immediately pass the two House-passed bills to close loopholes in the background check system."

The US federal law involves several restrictions for arms possession, using a number of databases which in many cases are not networked and have crucial gaps in their information. There are precedents of people not supposed to be able to get a gun later becoming responsible for mass shootings, sometimes with deadly consequences.

On 11 March, the US House of Representative passed a bill, House Resolution (HR) 1446, extending the federal check-up period for all gun purchases from three to ten days by a vote of 219 to 210. Earlier, other legislation was approved in the lower chamber that would close various loopholes that allow any adult to obtain weapons at gun shows, privately through transfers or on the Internet that they could then use to commit massacres.