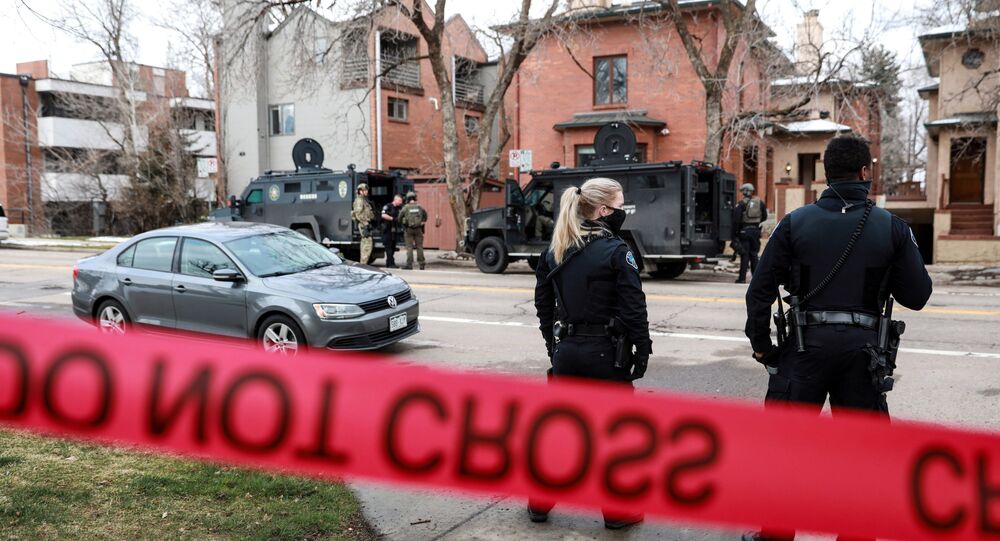 Monday's shooting in Boulder horrified locals. The state of Colorado has a long history with mass killings, but this time the incident took place less than a week after another eight people were killed in Atlanta, magnifying a nationwide fear among people in the US about gun violence.

Sputnik is live from Boulder, Colorado where a major shooting incident left 10 people dead, including one police officer on Monday.

The gunman opened fire at around 2:30 p.m. local time. Reportedly armed with a rifle, the suspect fatally shot a police officer, Eric Talley, who served on the force for roughly 10 years and was a father of seven children. The identities of the other victims will be disclosed after family members have been notified.

The suspect is in custody. His identity has not been revealed yet.

Colorado Governor Jared Polis said in a statement published on Monday that the local community "saw the face of evil", when referring to the incident.