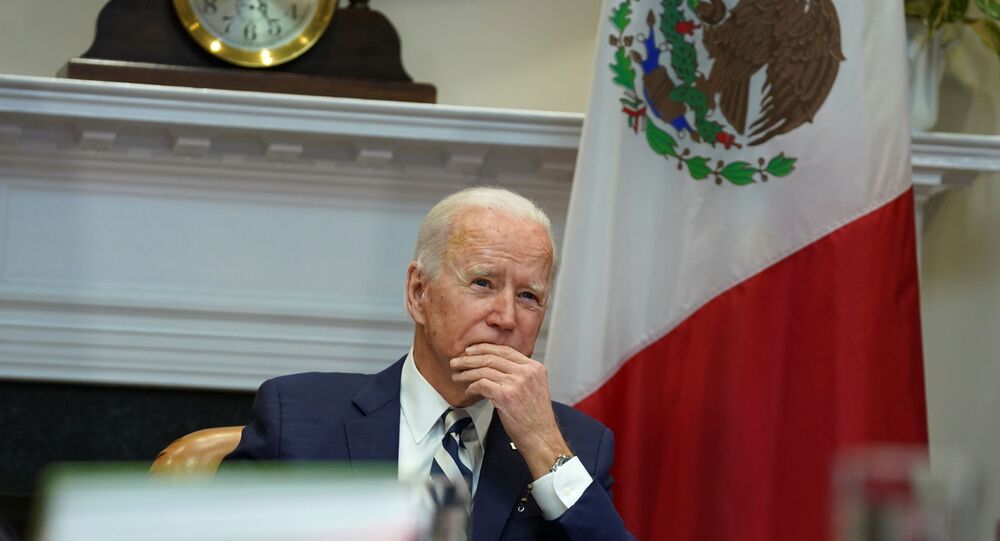 After the election of Joe Biden, temporary border facilities on the southern border of the US have become increasingly overcrowded with migrants seeking a better life, even as many, including Texas authorities, have dubbed the situation on the US border "a humanitarian crisis".

Mexican President Andres Manuel Lopez Obrador said on Tuesday that US President Joe Biden was contributing to the current tense situation with migrants on US borders by creating expectations that it would be easier to get to the US after he has assumed office.

"Expectations were created that with the Government of President Biden there would be a better treatment of migrants," Lopez Obrador said at a press conference. "And this has caused Central American migrants, and also from our country, wanting to cross the border thinking that it is easier to do so."

His comments come as many observers are alarmed over what has been characterized by some as a "border crisis". With the number of refugees from the Latin American countries dramatically increasing after Biden lifted Donald Trump's strict migrant policies, border facilities appear to not be equipped to host them all, creating especially harsh conditions for unaccompanied children.

As footage from the border facilities emerge, the Biden administration also faces criticism over its reluctance to provide media access to the migrant hubs. The White House justifies the move by pointing to the ongoing coronavirus pandemic and suggests that it is working to allow journalists into the facilities.

Texas Governor Greg Abbott called the Biden administration's tackling of the border situation "a complete disaster", while also saying that the increased number of migrants could act to boost the amount of coronavirus cases in the state.

The White House, however, does not consider the border situation a "crisis", with press secretary Jen Psaki only noting that border facilities are not suitable for small children. On Tuesday, the US Customs and Border Protection (CBP) said that it is processing unaccompanied minors at its facilities "as quickly and efficiently as possible."

Earlier in the week, Biden said that he would visit the southern border "at some point", while his vice president, Kamala Harris, when asked about a possible visit to the region, raised eyebrows on social media after laughing off the question.