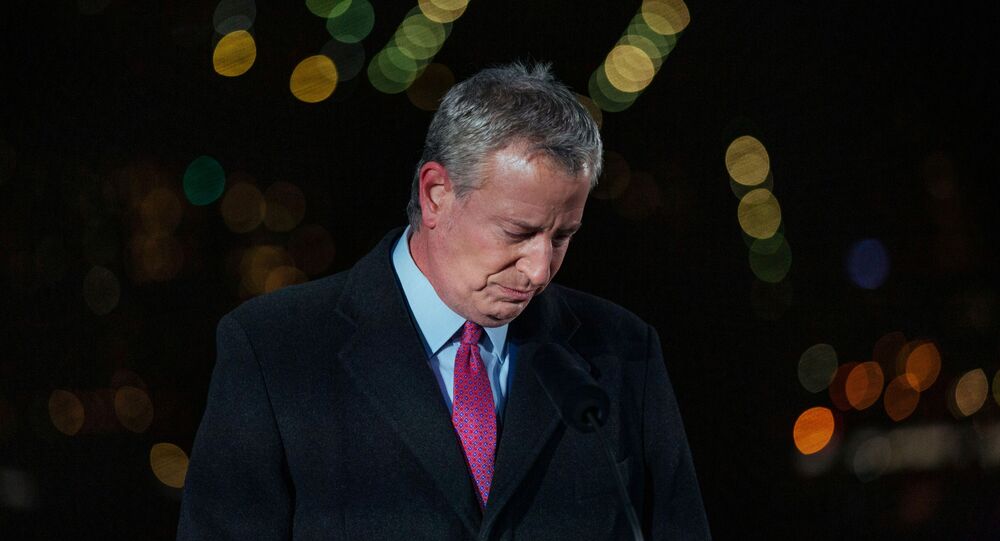 Despite the fact that the massage parlor massacre, in which six Asian women were killed, was not officially declared a hate crime by the authorities, public outrage over anti-Asian sentiments remains high all across the nation.

New York mayor, Democrat Bill de Blasio, had to leave the anti-racism rally due to the outraged participants, which on Friday have taken to the city streets to protest the Georgia massacre and the possible racial motive behind it.

In the very beginning of the video shared on social media, the mayor is being escorted away from the protest, while someone in the crowd is shouting "f--ing racist" at him.

NYC Mayor De Blasio was reportedly chased out by angry protesters from the "Stop Asian Hate" vigil tonight.
In this video one person is calling him a "racist"

Later in the video, Andrew Yang, an Asian-American entrepreneur and a politician, who is seeking to run for the NYC mayorship, is seen making a press statement.

According to the report, people are making yellow squares on their social media profiles to express their protest.

Earlier in the day in a special address regarding the incident, US President Joe Biden condemned the attack and noted that the number of attacks against people of Asian origin has "skyrocketed" over the past year during the COVID-19 pandemic.

On Tuesday, 21-year-old Robert Aaron Long carried out shootings in three separate massage parlors in the Atlanta suburbs at once. As a result of the attack, eight people died, including six women of Asian descent and, according to media reports, two white men.

The suspect was arrested. He confessed to the murders and said that he suffers from sexual addiction. Charged with eight counts of murder, Long denied the allegations that the attack was motivated by racial hatred.