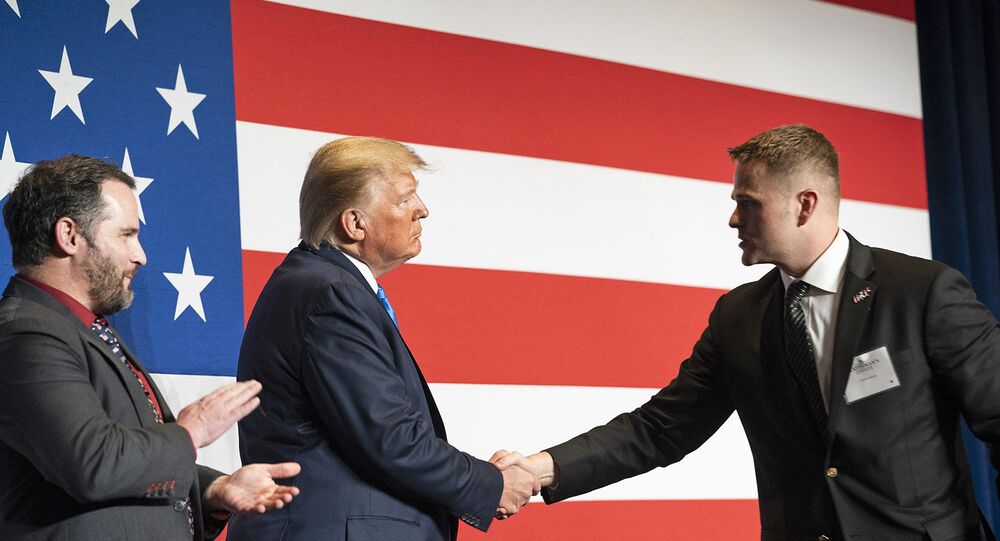 Former US President Donald Trump pardoned several US servicemen who had previously been convicted or accused of committing crimes during their service. The ex-POTUS argued that one cannot expect soldiers trained to be "killing machines" not to kill.

The US Army has denied a request from retired Major Mathew Golsteyn, who was stripped of all his honours over the murder of an Afghan civilian, to have his Distinguished Service Cross and his Special Forces Tab returned to him due to having been pardoned by Donald Trump, USA Today reported. The media outlet cited Army documents, which did not refer to Golsteyn by name, but described his case in detail. The disgraced serviceman's lawyer confirmed the documents' authenticity.

The US military board that reviewed the Golsteyn case defended the decision by pointing out that the pardon, issued by then-President Trump in 2019, was a "sign of forgiveness", but did not mean that the major was "innocent". This was the second time the board denied Golsteyn's request.

The disgraced serviceman condemned the board's decision. He claims that Trump vowed that his record would be cleared after the pardon and insists that the Army has thus violated the president's orders.

"Clearly, we have seen military departments obey the direction of the Commander in Chief in other cases and, inexplicably, the Army defied the President", Golsteyn said.

The ex-Special Forces soldier further pointed to the fact that the board's decision was released back in November 2020, but was not mailed to him for over two months. Golsteyn alleged that the delay was intentional in order to lose his case "in the quagmire of presidential transition". The retired major's lawyer said he and his client had not yet decided whether they were going to appeal the board's decision.

Golsteyn was discharged and stripped of his decorations after admitting to killing an Afghan civilian, whom he suspected of being a bombmaker responsible for the deaths of his fellow servicemen, but whom he was ordered to release. The now-retired major reportedly revealed his crime during a screening that was part of the CIA's recruitment process, leading to a probe. The investigation was closed with no charges being issued, but was later reopened after Golsteyn again admitted to the killing in an interview with Fox News in 2016. He was stripped of his honours, but was eventually pardoned by President Donald Trump in November 2019.

The Republican president also pardoned several other US soldiers accused of committing crimes during their service. Trump argued that one should not prosecute soldiers trained to be "killing machines" for killing.

Trump Not Planning to Pardon Assange Among Up to 100 New Clemency Orders, Reports Say