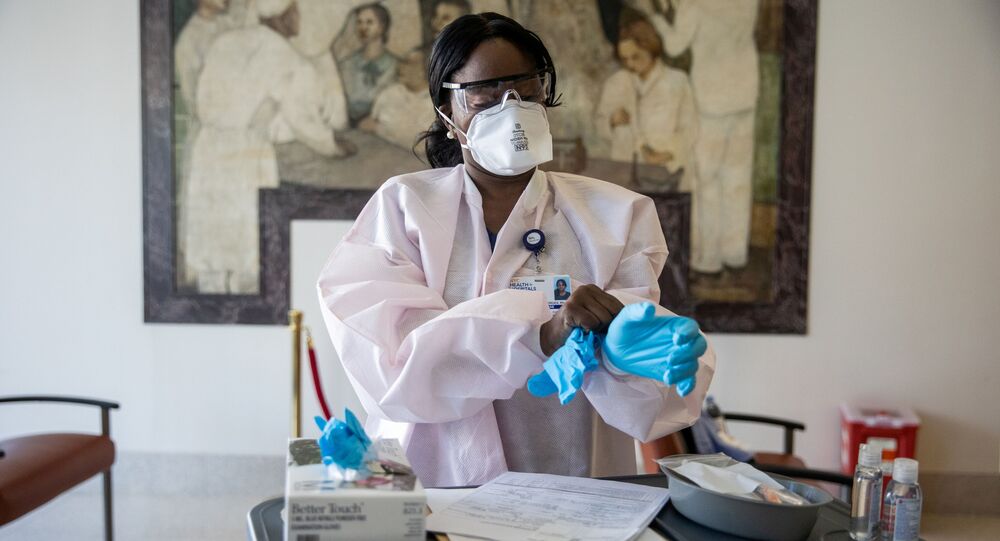 Care Homes Were 'Petrified' by Cuomo's 2020 Order to Take in Crowds of COVID-19 Patients, Exec Says

Since a huge discrepancy between official and real statistics on the coronavirus mortality rate in New York nursing homes came to light, Governor Andrew Cuomo has accepted blame, but has not apologised for a lack of transparency.

He said he and his colleagues without a moment's hesitation voiced their concerns, but they fell on the deaf ears of state officials, who instantly turned down the claims.

"They [many facilities] were more petrified of the Department of Health ... once it [my concern] was shot down, I never spoke [about it] again", Kraus lamented.

Over 15,000 New York state residents have died in care homes since the onset of the pandemic. Yet, until late January, the state's health authorities had logged a little over 8,500 fatalities, leading critics to blame the severe undercount, deemed a cover-up, on the governor's March order, which he rescinded in May 2020.

© AP Photo / Yuki Iwamura
In this Jan. 15, 2021, file photo, a nursing home resident receives the COVID-19 vaccine by a CVS Pharmacist at Harlem Center for Nursing and Rehabilitation, a nursing home facility in Harlem neighborhood of New York.

The Democratic governor, who apart from the controversy around nursing home deaths has also been implicated in a spate of sexual assault allegations, moved to concede the discrepancy in the numbers. The initial undercount was partly blamed on a controversial policy to exclude residents from the tally that died outside of the facilities, including in hospital, as follows from Cuomo's report.

Since the report came out over two weeks ago, the state has updated its official tally with thousands more added, so as to accurately reflect the true death toll among NY nursing home residents. Cuomo has, meanwhile, repeatedly defended his handling of nursing homes, often arguing that other states were doing far worse, but his administration has been deeply embroiled in the scandal.

Data Cover-up: 'We Froze' in Face of Fed Probe

The issue resurfaced last month, hitting international headlines when prominent Cuomo adviser Melissa DeRosa told Democratic state lawmakers, as reported by the NY Post, that the Cuomo team had withheld information about the death toll because, as she put it, "we froze" in the face of a potential federal investigation, and acted out of concern the statistics "were going to be used against us".

Earlier this month, The New York Times and The Wall Street Journal reported that the governor's top aides had indeed done so, pressuring health officials over the summer to remove data from a report that showed a higher death tally than publicly admitted at the time.

Cuomo himself subsequently said that both state lawmakers and the Department of Justice had made requests in August 2020 for a full accounting of nursing home deaths. He acknowledged "a delay" in the reporting, saying things "should have been done differently", but stopped short of issuing an apology for the matter.

Dubbing it a "mistake", he admitted that the failure to promptly respond to questions from state lawmakers and the news media had created a void "filled with scepticism, and cynicism, and conspiracy theories which furthered the confusion".

"I take responsibility for that", the embattled governor said. "Total death counts were always accurate, nothing was hidden from anyone, but we did create the void. And that created pain. And I feel very badly about that".