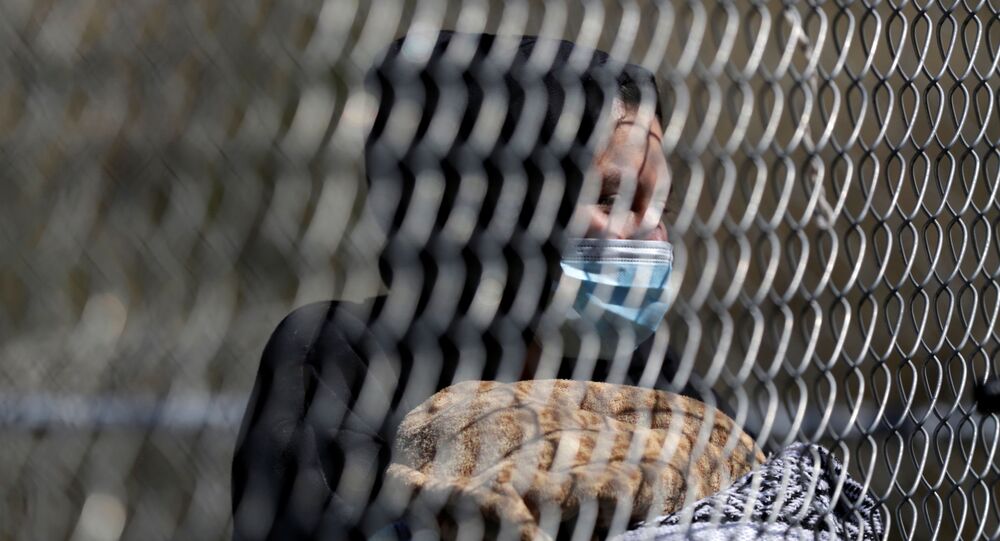 Many conservatives, including the former US president, Donald Trump, have accused Joe Biden of triggering a migrant crisis on the US-Mexico border after the latter rapidly moved to undo his predecessor's immigration policies.

Felipe Romero, a spokesman for Brownsville, Texas, told Fox News on Monday that the number of coronavirus-positive migrants had nearly doubled after they were released to Texas authorities by the Border Police.

As of Saturday, 185 of 1,553 migrants tested in Brownsville were confirmed to be infected with the coronavirus since 26 January, according to Romero. The figures arrived after the US-Mexico border camp of Matamoros closed on Sunday, with reportedly around 800 its former residents allowed onto US soil.

The closure followed the termination of a Trump-era program called 'Remain in Mexico', as Biden announced that he was halting his predecessor's immigration policies.

Many saw this as a message to migrants that they are again welcome in the United States, although the White House has repeatedly stated that "now is not the time" to come to America due to the raging coronavirus pandemic.

Fox News reported, citing White House sources, that while those who tested positive for COVID-19 are urged to quarantine, there are some situations in which individuals may continue to travel around the US.

Conservatives, with former president Trump among them, accuse Biden of triggering a border crisis and exposing Americans to the coronavirus disease.

"The Biden Administration is recklessly releasing hundreds of illegal immigrants who have COVID into Texas communities", he tweeted. "The Biden Admin. must IMMEDIATELY end this callous act that exposes Texans & Americans to COVID."

Earlier, reports emerged saying that the number of illegal child migrants had spiked dramatically amid Biden's efforts to reverse Trump-era border policies, with over 7,000 undocumented minors entering the US in February.

Speaking about what is described by conservatives as an "immigration crisis", Biden said that there is no such thing, and observed that his administration will be able to handle an influx of immigrants.