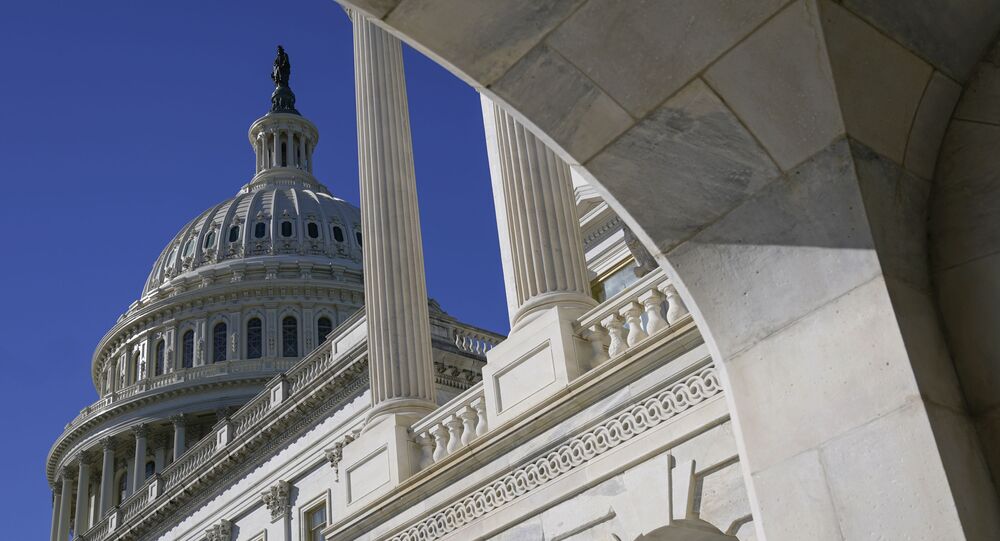 News of the suspected plot follows last week's announcement by Capitol Police that law enforcement was reviewing intelligence suggesting that a militia group was seeking to "blow up" the Capitol complex while President Joe Biden was inside addressing a joint session of Congress.

The Capitol Police department has received intelligence that a "militia group" may have hatched a plot to "breach the Capitol," the law enforcement agency said in a statement Wednesday.

"We have obtained intelligence that shows a possible plot to breach the Capitol by an identified militia group on Thursday, March 4," police said.

"We are taking the intelligence seriously," the agency added. No other information about the possible threat was provided.

Separately, MSNBC reported on Wednesday that the Department of Homeland Security and the FBI had collected information suggesting that groups identified as "militia violent extremists" had "discussed plans" to attack the Capitol on Thursday, and that state and local law enforcement had been warned of these developments.

Also on Wednesday, Acting Capitol Police chief Yogananda Pittman told lawmakers at a hearing that threats received by members of Congress have increased over 93 percent in the first two months of 2021 compared to the same period last year.

Wednesday's statement by the Capitol Police follows a report by Fox 5 on Tuesday citing agency sources that authorities had received an intelligence bulletin warning of a plot by a militia group known as the Three Percenters to attack the Capitol on 4 March. The sources indicated that days off and vacation days had been canceled in response to the suspected threat.

On Tuesday, the police force indicated that it was "aware of concerning information and intelligence pertaining to March 4th and continues to work with all of our law enforcement partners," without elaborating except to say that its "security posture and staffing" had been enhanced in response.

The "Three Percenters" are a US-based right-wing anti-government militia and gun advocacy group. Members of the group are known to have joined in the 6 January Capitol riots. Authorities have launched multiple investigations of suspected illegal activity by group members, with the FBI reporting in January on a suspected plot by a California man who planned to carry out bomb attacks against the state's governor and social media companies' headquarters. A Three Percenter sticker was found on the man's vehicle. Separately, a Texas teenager reported on his Three Percenter father over the latter's plans to take part in the 6 January riot despite the dad's threats to shoot him if he did so.

Tens of thousands of frustrated Trump voters gathered in the US capital in early January in the aftermath of the highly-contested November 2020 election which President Trump alleged had been "stolen" from him by the Democrats. Thousands of the president's supporters ended up breaking into the Capitol complex, with four protesters and one police officer killed in the mayhem that ensued.

Democrats in Congress used the Capitol violence as a pretext to impeach Trump for a second time, but the Senate failed to reach the 2/3 majority needed to convict him.

The Biden administration has also used the 6 January violence and the suspected threat of further violence to beef up domestic security operations against what they have dubbed as radicalised Trump supporters and potential "domestic terrorists."

On Tuesday, FBI director Christopher Wray told lawmakers that the 6 January events constituted "domestic terrorism," and warned that "the problem of domestic terrorism has been metastasising across the country for a long time now and [is] not going away anytime soon."

Some Republicans have accused the White House and Democrats in general of exaggerating the threat of domestic terrorism as an excuse to crack down on individuals or groups that disagree with or oppose the president or the federal government's policies.