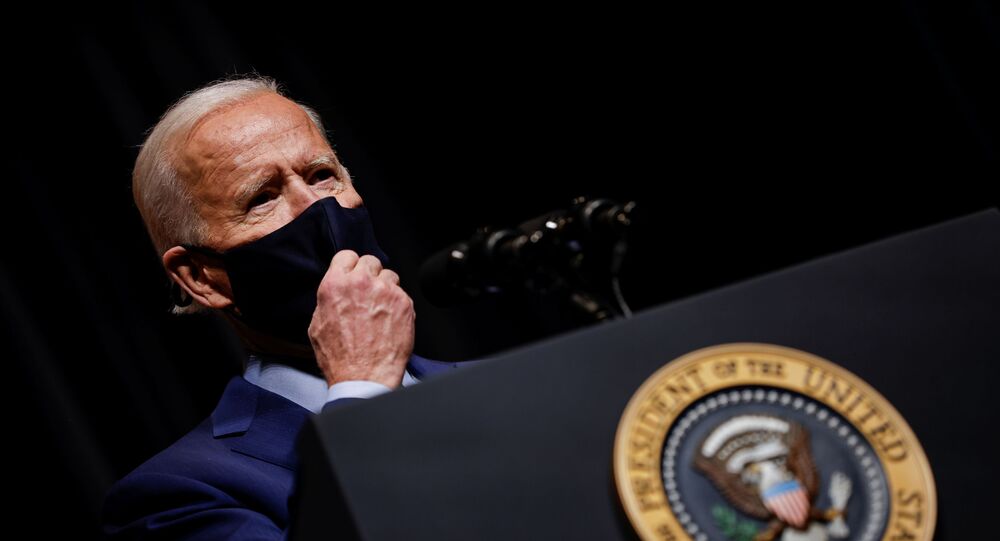 At the beginning of the month, Biden said in an interview to CBS that his government would have to take a measured approach towards reopening schools.

Former Bill Clinton adviser Naomi Wolf said the US is becoming a "totalitarian state before our eyes" under President Joe Biden’s leadership.

"That transcends everything that you and I might disagree or agree on. That should bring together left and right to protect our Constitution," Wolf told Fox News’ Tucker Carlson.

"The state has now crushed businesses, kept us from gathering in free assembly to worship as the First Amendment provides, is invading our bodies ... which is a violation of the Fourth Amendment, restricting movement, fining us in New York state ... the violations go on and on," she said.

Wolf claimed that "autocratic tyrants” are creating a “merger of corporate power and government power,” adding that this is a characteristic of “fascism in the 20s."

The former adviser said that the US government response to the COVID-19 pandemic was "completely unprecedented."

Wolf, who served as an adviser on Bill Clinton's reelection campaign in 1996, has recently criticised Biden’s lockdown policy. In November, she took to Twitter to slam the president's openness to additional lockdowns, saying that she wouldn’t have voted for the Democratic candidate if she knew his stance on the matter.

The restrictive measures due to the coronavirus pandemic have hit the US economy hard, with more than 21 million jobs lost between March and April 2020, at the height of lockdowns, with only a 2.5 million rebound in May and 4.8 million in June with a consequent slowing down.

Since the pandemic started in the United States, Biden has been a vocal critic of how the Trump administration handled the virus, accusing his predecessor of downplaying the pandemic. After coronavirus-induced shutdowns were imposed in several states, mostly under Democratic leadership, Trump called for "opening up America," pointing at small businesses suffering heavy losses.

On his first day in office, President Joe Biden signed several executive orders and laid out his administration's plan for addressing the pandemic.

The president directed FEMA to start setting up the first federally-supported community vaccination centres and announced the creation of a federal COVID-19 liaison for each US state.