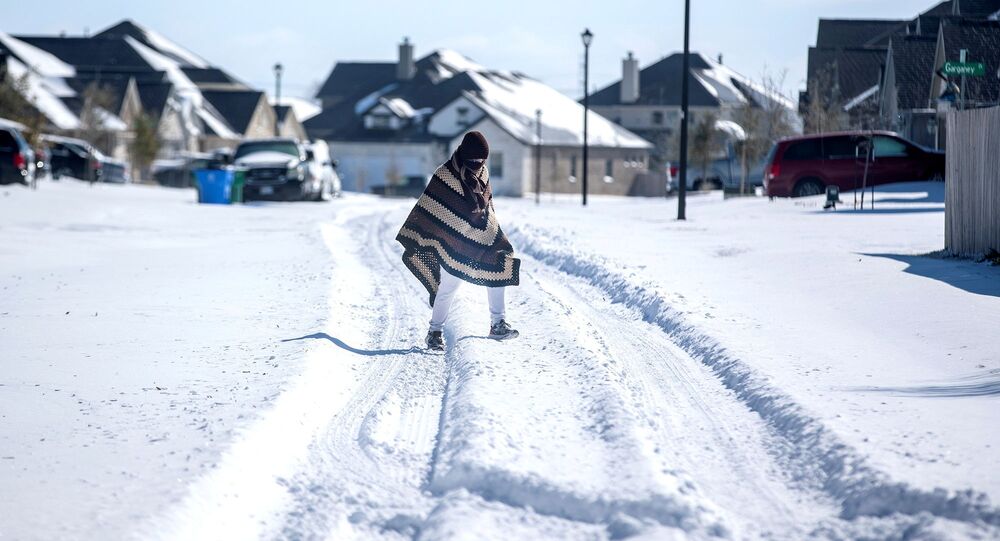 According to Toby Baker, the executive director for the Texas Commission on Environmental Quality, nearly seven million Texans were advised by 276 water systems to boil their tap water due to the issues with water systems and purification quality. Meanwhile, 264,000 people are said to be living in areas in which water systems are not operational at all.

© REUTERS / Adrees Latif
Utility Company Says Texas Residents May Face Prolonged Power Outages as Water Issues Emerge
The situation is exacerbated by the fact that because of power outages many cannot boil their water.

However, as Baker adds, even after the power is back, all water systems will require bacteriological sampling to clear the previously issued instructions.

© AFP 2021 / RON JENKINS
Jimmy Pavelich sleds down the steps of the Mary Couts Burnett Library as Michael Manson shovels snow at Texas Christian University after a snow storm on February 17, 2021 in Fort Worth, Texas

Freezing temperatures battered the United States' south and heartland this week, leaving about 29 people killed and millions of Texan households without power.