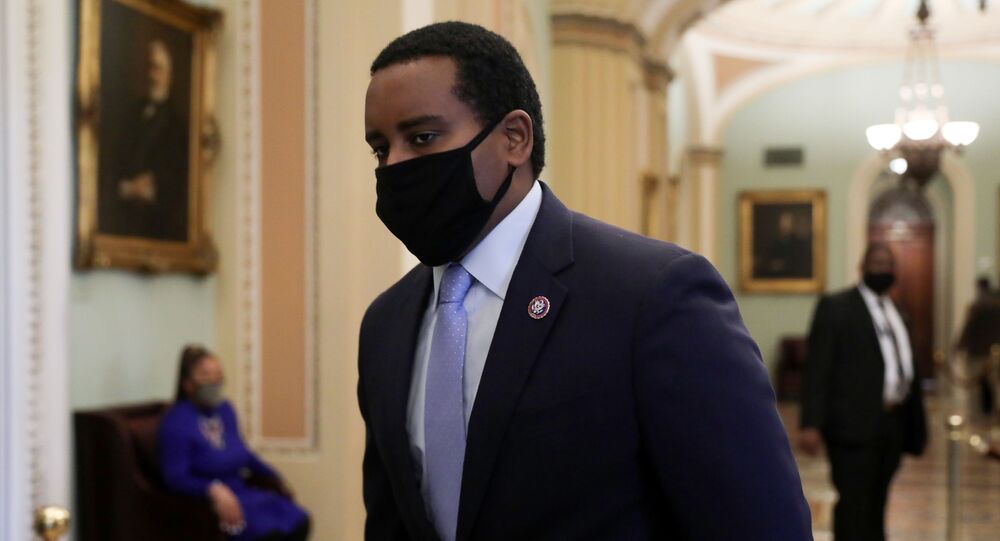 House Manager: Trump’s Impeachment Could Have Lasted Years if Witnesses Were Invited

Before the impeachment vote that acquitted Trump in the US Senate on Saturday, senators agreed not to call witnesses. During the proceedings only one written statement was read out, applied by Republican Congresswoman Jaime Herrera Beutler, who earlier voted for Trump's impeachment by the House.

One House impeachment manager, Joe Neguse, claimed in an interview on Sunday that the Senate trial could have lasted for years because, as he explained, witnesses could avoid testifying, which would entail protracted litigation, as it was with former White House Counsel Don McGahn, who refused to be deposed during investigations into Trump’s administration.

"It was very clear...that witnesses that were not friendly to the prosecution were not going to comply voluntarily, which meant that we were going to be litigating subpoenas for months and potentially years," Neguse said speaking on CBS's "Face the Nation."

He added that lawmakers are still “litigating the subpoena for Don McGahn that the Judiciary Committee issued two years ago." Regarding yesterday's impeachment vote, Neguse revealed that he had been counting on the votes of Senate Minority Leader Mitch McConnell and other Republicans, who instead ultimately voted “no.”

On 13 February, the US Senate voted to acquit Donald Trump on his second impeachment trial. The necessary two-thirds majority was not gained, as 43 senators voted against Trump’s impeachment in the Senate.

Former White House counselor Donald McGhan was subpoenaed for testimony in April 2019 under an investigation initiated by Democrat lawmakers to find “links” between Kremlin and Trump. When McGhan ignored the claim, the Judiciary Committee brought the case to court, but it was dismissed as the House did not have the authority to bring subpoena enforcement lawsuits. The House appealed the decision and the Committee is currently awaiting an appeals court ruling.

Senator Marco Rubio Speculates on Whether Hillary Clinton Could Be 'Impeached'