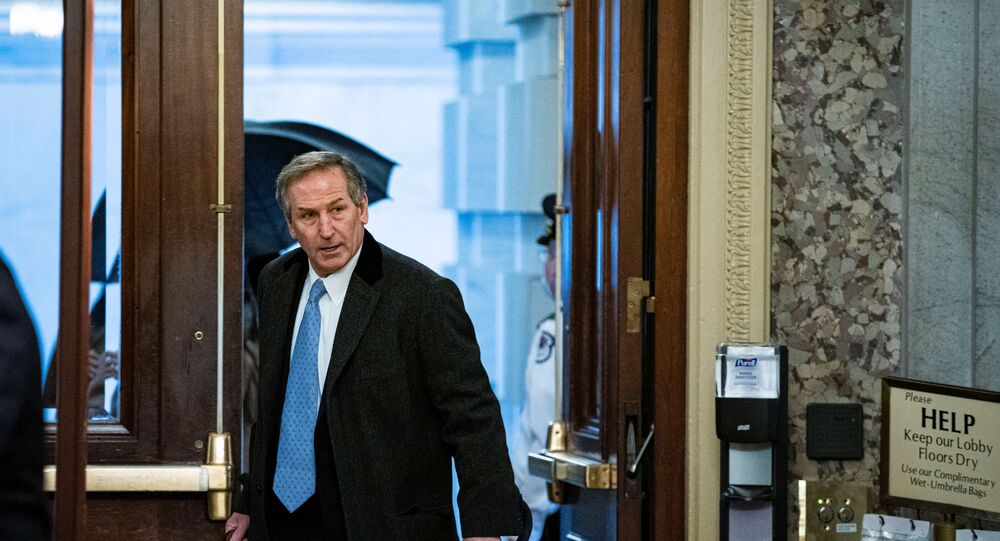 The legal defense team of former US President Donald Trump during his impeachment trial went through a lot of commotion, as, before the trial even started, five lawyers reportedly left the team and Trump had to hire two other attorneys.

One member of Trump's legal defense team, Michael van der Veen, claimed that his house was attacked and that he had recently received "nearly 100" death threats, according to a pool report.

“I'd rather not go into it because it would encourage other people to do it more, but you know, I've had nearly 100 death threats. My home was attacked last night — windows broken, spray paint, really bad words spray painted everywhere. And the thing is, you guys don't know me, but you know I'm not a controversial guy. I'm not politically minded so to speak,” van der Veen said.

Outlining that he is a trial lawyer and is representing the people's interest in court, he said that he is disappointed to see the results of "just me doing my job".

The Associated Press reported that the West Whiteland Township Police Department on Friday found graffiti on van der Veen’s home, but no arrests were made.

According to The Philadelphia Inquirer, vandals sprayed "TRAITOR" in front of the attorney's house and smashed windows, while a group of protesters arrived at his law office and chanted anti-Trump slogans, while accusing van der Veen of lying.

A video allegedly demonstrating the incident was shared in social media.

​Trump's former campaign legal adviser, Jenna Ellis, tweeted in regard to the bullying that the Trump lawyers were said to have faced.

"Trump lawyers, including myself, continue to experience threats, attacks, and hate just because of our work. Unconscionable", she tweeted after the Van der Veen interview.

Van der Veen visibly upset in an interview with @GriffJenkins, revealing his home and family under attack because of his professional defense of Trump.

Trump lawyers, including myself, continue to experience threats, attacks, and hate just because of our work.