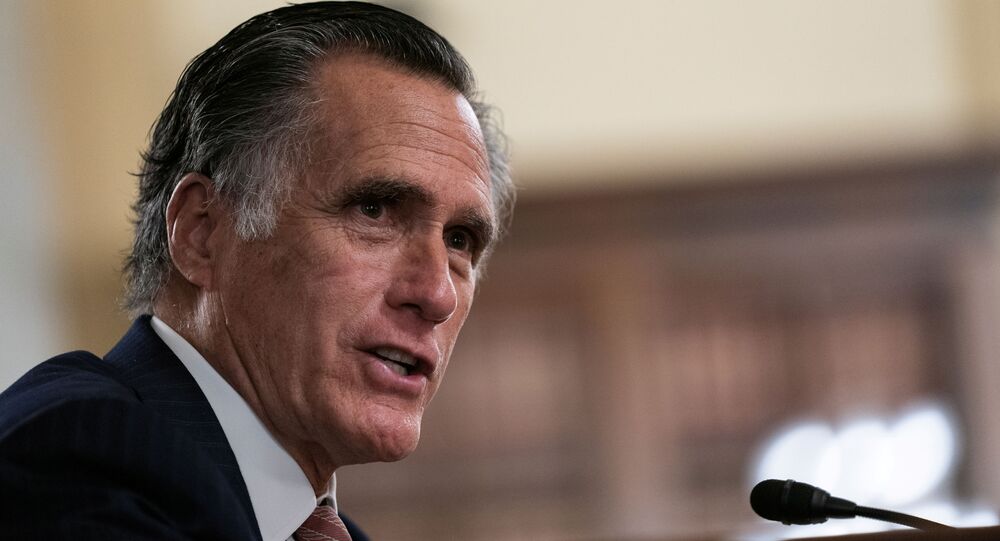 Democrats, including US President Joe Biden, have been widely criticized for their failure to deliver on a promise for $2,000 stimulus checks, even as moratoria on evictions and student loans were pushed back. Meanwhile, local aid groups and charities are buckling under the pressure of an increasing client base.

Utah Republican Senator Mitt Romney has pitched a plan that would effectively scrap key welfare programs and replace them with direct cash payments to families based on their number of children. Advocates say it would dramatically simplify the aid process and curb child poverty in the US, but critics on the left are wary of eliminating a major welfare program already underfunded.

Romney’s “Family Security Act” would be included in the $1.9 trillion stimulus plan the Democrats have proposed but would actually increase payments for children in both volume and time. The legislation presently provides $3,600 per year for every child up to the age of 6 and $3,000 for every child between the ages of 6 and 17; Romney’s proposal would increase the checks for children under 6 to $4,200 a year and would begin four months before birth.

Broken down by month, Romney’s plan would provide $350 a month for children under 6 and $250 a month for children over 6, and those benefits taper off for parents with increasingly high incomes. Also, the Democrats’ plan is for one year, whereas Romney envisions his program becoming a permanent feature of US society.

Romney claims his proposal would cut child poverty by one-third, instantly lifting nearly 3 million children out of poverty, including 50% of children in “deep poverty.”

“American families are facing greater financial strain, worsened by the COVID-19 pandemic, and marriage and birth rates are at an all-time low,” Romney said in a Thursday press release announcing the proposal.

“On top of that, we have not comprehensively reformed our family support system in nearly three decades, and our changing economy has left millions of families behind. Now is the time to renew our commitment to families to help them meet the challenges they face as they take on [the] most important work any of us will ever do - raising our society’s children. This proposal offers a path toward greater security for America’s families by consolidating the many complicated programs to create a monthly cash benefit for them, without adding to the deficit,” he said.

Those programs include Temporary Assistance for Needy Families (TANF), the primary vehicle of the welfare system created by then-US President Bill Clinton in his 1996 overhaul of “welfare as we know it.” The overhaul booted millions from state support programs without an appreciable impact on poverty or employment rates. It, too, was billed as a cure for low birth rates and unwed mothers.

The program would also eliminate the Earned Income Tax Credit, which provides benefits for low-income and medium-income people, with additional add-ons for families with children and is part of one’s income tax filing.

Romney’s program would not disperse funds through the Internal Revenue Service (IRS), as has been done with tax credits in the past, but rather through the Social Security Administration, an agency with a long history of handling direct cash payments.

Joshua McCabe, a historian of US welfare policy at Endicott College, told the Washington Post that the direct cash payments used by the federal government at the beginning of the COVID-19 pandemic “blew the lid” off any remaining hesitancy to switch to that method of relief instead of tax credits or cuts.

“It naturalized and legitimized it,” McCabe said, “this is why we now have Republicans saying this is the best way to fight poverty.”

Sharon Parrott, president of the left-leaning Center on Budget and Policy Priorities, told Vox that slashing EITC would lead to massive cuts, not a consolidation. “Their own document shows an EITC cut of $47 billion,” she said.

“This proposal shows growing bipartisan support for expanding the child tax credit, but it’s misguided to undercut the policy’s poverty-reducing impact by using deep cuts in other critical forms of support for low-income people to pay for it,” Parrott added.

It’s deeply ironic, in a way: direct cash payments to the poor have been derided by conservatives in the past as socialism and redistribution of wealth. And indeed, some have maintained that position, with Angela Rachidi, a scholar at the right-wing American Enterprise Institute, telling the Post that Romney’s program would be a “disincentive” for poor parents to seek employment.

It’s unclear what kind of effect that argument will have a year into the pandemic, with millions out of work and millions more scraping by with part-time jobs that are unlikely to gain hours anytime soon.

What is clear is that child poverty, including child hunger, was already on the rise in the US before the COVID-19 pandemic hit, and the US government’s failure to adequately address the pandemic has caused it to skyrocket.

As Sputnik has reported, the pressures of the COVID-19 pandemic lockdowns have pushed food banks across the US to their limits, many of which are in imminent danger of running out of supplies.

According to a recent report by Feeding America, the United States’ largest hunger-relief organization, one in six Americans, or 50 million people, is hungry, including one child in four. In 2018, there were 37 million hungry people in America. According to Columbia University’s Center on Poverty & Social Policy, in October 2020 the child poverty rate was 19.9%, an increase from 18.7% before the pandemic. However, for Black and Latino families those numbers are higher, at 26.3% and 26.9%, respectively.

Republicans Will Present Biden With a Counter-Proposal Stimulus Package