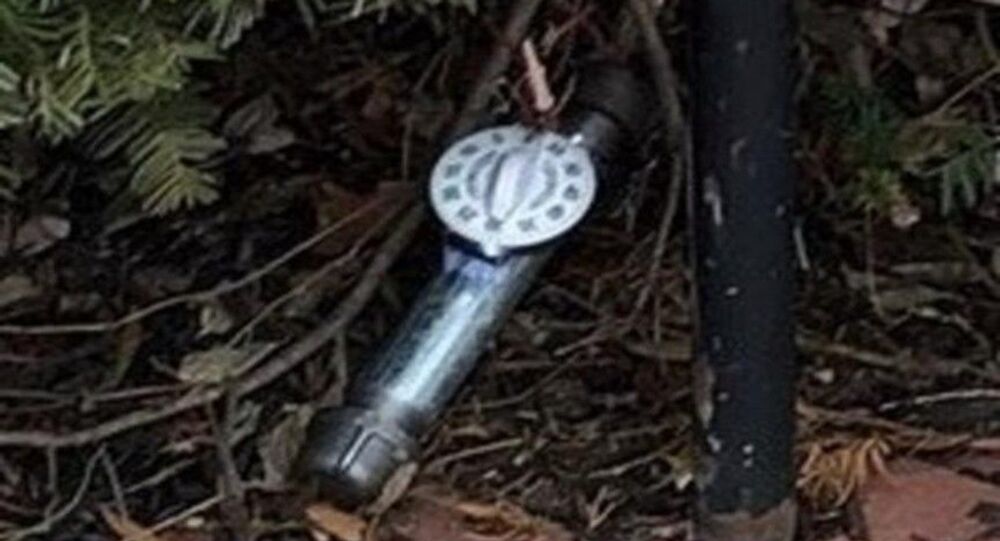 Amid the deadly chaos and confusion that erupted as Trump loyalists stormed the US Capitol on January 6, federal authorities were also directed to investigate and safely detonate a pair of pipe bombs discovered blocks away, at the offices of the Republican and Democratic national committees. Arrests have not been made.

New findings suggest that the two pipe bombs discovered near the Capitol were planted the night before thousands of Trump supporters attended the so-called 'Stop the Steal' rally prior to attacking the US Capitol building.

Federal authorities revealed in a Friday update that the bombs were placed at the headquarters of the Republican National Committee and the Democratic National Committee on January 5, between 7:30 p.m. and 8:30 p.m., local time. It is not clear which of the two bombs was placed first.

“The unknown individual wore a face mask, a grey hooded sweatshirt, and Nike Air Max Speed Turf shoes in yellow, black, and gray,” reads a wanted poster released by the FBI. “The individual carried a backpack in their hand.”

It is presently unclear whether the bombs were unrelated to the Capitol siege or were part of a larger plan stemming from efforts by Trump supporters to stop congressional lawmakers from certifying the Electoral College vote results in the US election. Both of the targeted buildings are located just a few blocks from the Capitol.

Courtesy of the FBI
Images provided by the FBI offer insight into the wanted individual who is suspected of having planted the pair of pipe bombs at the offices of the Republican and Democratic national committees amid the deadly Capitol riot.

Authorities indicated that the bombs were made from eight-inch galvanized steel pipes filled with explosive powder. The devices, both rigged to kitchen timers, were discovered by officials about 30 minutes apart.

Officials are offering a reward of up to $100,000 for any information that leads to the “location, arrest, and conviction of the person(s) responsible for the placement of the pipe bombs.” Both the FBI and the Bureau of Alcohol, Tobacco, Firearms and Explosives previously increased the reward earlier this month.

The FBI previously acknowledged that locating the suspect who planted the bombs was a top priority as officials continue to review security camera recordings and speak to local residents who may have come across the individual.

Security footage obtained by the Washington Post shows the unidentified suspect walking through an alleyway known as Rumsey Court in the direction of the Republican National Committee headquarter at about 8:15 p.m. The individual is seen carrying a backpack near their waist and wearing a mask and gloves.

Additional recordings obtained by the Post appear to show the suspect retracing their steps and moving at a much faster pace than previously seen in other video clips. The suspect is also seen wearing the backpack, as opposed to holding it close to their waist.

With the suspect still at large, officials have grown increasingly concerned that additional pipe bombs may be strategically placed within the nation’s capital, especially in light of the Senate’s looming impeachment trial against former US President Donald Trump.

Earlier this week, authorities issued an advisory warning of a “heightened threat” from domestic extremists who may have been emboldened by the tragic events that unfolded on January 6.