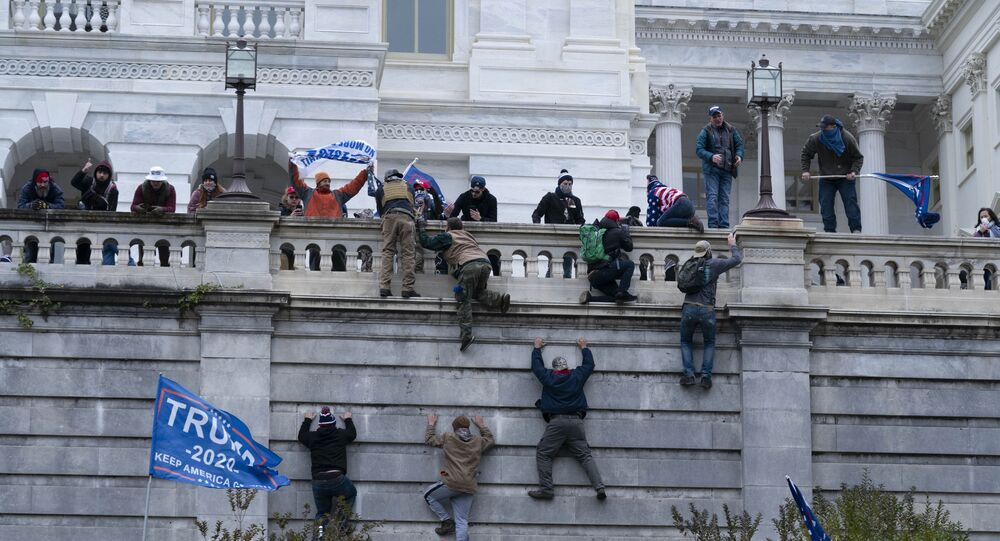 After the deadly January 6 Capitol building riot, government officials have grown increasingly concerned about the possibility of domestic extremists staging another violent event over frustration with the current political climate. In light of potential threats, National Guard troops will remain in the nation’s capital for an extended period.

The Department of Homeland Security (DHS) issued an unexpected warning on Wednesday, alerting Americans that domestic extremists frustrated over the inauguration of US President Joe Biden may stage attacks in the coming weeks.

Although the department typically releases similar advisories through its National Terrorism Advisory System, alerts are regarded as those threats posed by foreign governments or militant groups, not domestic extremists. The system was last used in 2020 after officials warned of a possible retaliation by Iranian actors following the assassination of Iranian Gen. Qasem Soleimani.

“Information suggests that some ideologically-motivated violent extremists with objections to the exercise of governmental authority and the presidential transition, as well as other perceived grievances fueled by false narratives, could continue to mobilize to incite or commit violence,” reads the bulletin.

Officials noted in the advisory that anger over COVID-19 restrictions, police use of force and the election result could fuel violent incidents “through early 2021.” Additionally, the bulletin indicated that some individuals may become emboldened by the deadly January 6 insurrection by Trump supporters which saw five people killed.

While the announcement warns of a perceived threat, the DHS noted that it does not have any information to indicate “specific” or “credible” plots, but did cite violence and unrest reported across the nation.

"DHS does not have any information to indicate a specific, credible plot; however, violent riots have continued in recent days and we remain concerned that individuals frustrated with the exercise of governmental authority and the presidential transition, as well as other perceived grievances and ideological causes fueled by false narratives, could continue to mobilize a broad range of ideologically-motivated actors to incite or commit violence," the agency noted in a separate statement.

Most recently, protests have broken out in Portland, Oregon, and in Seattle, Washington. Demonstrations, which have resulted in a handful of arrests, have touched on a variety of issues such as racial injustice, immigration, and police use of force.

Asked about the protests, White House Press Secretary Jen Psaki told reporters during a Tuesday briefing that “all violence” would be reviewed as part of the Biden administration’s effort to combat domestic extremism.

"All violence happening around the country will be reviewed as part of the tasking that was done by the national security team," Psaki said.

National security officials have sounded the alarm on domestic terror threats within the US for years and concerns have grown as Trump loyalists stormed the US Capitol in a failed effort to prevent lawmakers from confirming the results of the US election.

FBI Director Christopher Wray previously remarked during a hearing before the House Homeland Security Committee that the greatest threat to the US is posed by “lone actors largely self-radicalized online who pursue soft targets using readily accessible weapons.”

The DHS alert, which was issued following consultations between DHS officials, the intelligence community and federal law enforcement partners, will stay active until at least April 30.

US to Block Imports of Goods Made in China's Xinjiang to Combat Forced Labour, DHS Says