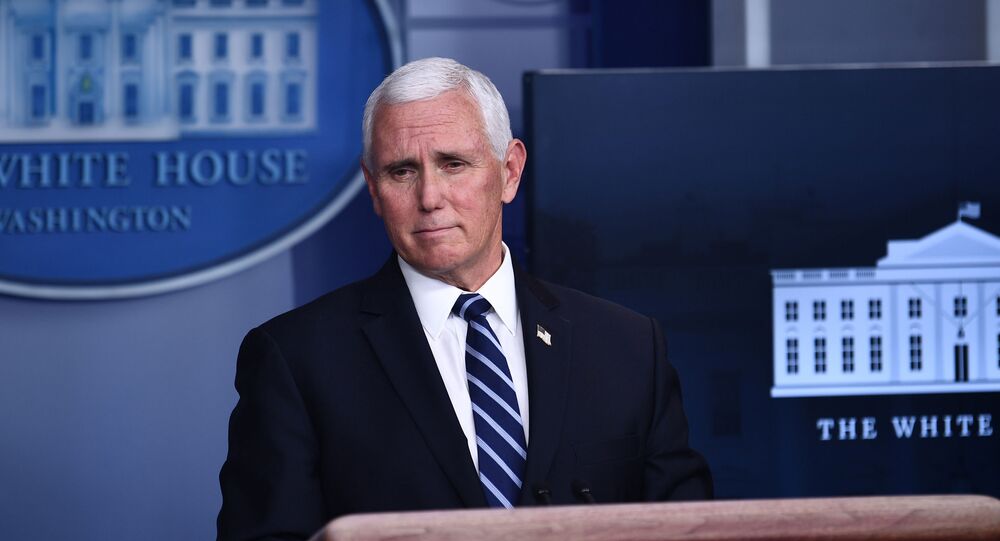 After the inauguration of Joe Biden, the official announced that he and his wife Karen would return to his hometown in Indiana. The former VP, however, didn't say exactly where they'd be staying.

Former Vice President of the United States Mike Pence doesn't have a permanent place to live in, Business Insider reported citing Republicans close to the official. According to them, the Pences had nowhere to go after they moved out of the vice president's residence at the US Naval Observatory. An adviser to Donald Trump went as far as to say that the former official is homeless.

The individual is among several Republicans who are vexed that the former vice president has neither a permanent place to live nor a job. Some officials even wondered whether the family was couch-surfing with officials in Indiana where Mike Pence was governor from 2013 to 2017.

One Pence aide said the family plans to balance their time between Indiana and Washington for the next six months and after that will permanently move to Indiana. The aide, however, refused to name the exact location. Two Republicans close to the former vice president said the Pences are staying at his brother's place in Columbus, Indiana.

Another source told Business Insider that the family is staying at a renovated cabin the incumbent governor of Indiana, Eric Holcomb, uses as a retreat. But for that Pence needs permission. Holcomb's spokesman did not respond to questions about whether the governor had allowed the former vice president to stay at the cabin.

Public records show that in 1999 he bought a single family home in Edinburgh, Indiana. In 2000, when he won a seat in Indiana's second congressional district, the family moved to Washington where it lived for a decade before returning to the state. When Pence became governor the family did not move to their home, but instead rented a luxurious mansion.

Financial disclosure forms that he filed every year after becoming vice president showed he didn't own any property, including the house in Edinburgh. It is not clear when the family sold it.

Business Insider reported that the family had not owned a home in a decade. The outlet cites Donald Trump's vetting team, who said that unlike other officials, the Pences never became rich and even had financial problems in the past. They reportedly lost $700,000 when his brother's oil company went bankrupt. The family reportedly struggled to build a solid nest egg while paying for their children's student loans.

Pompeo to Stay in DC to Work For the Hudson Institute, Reports Say