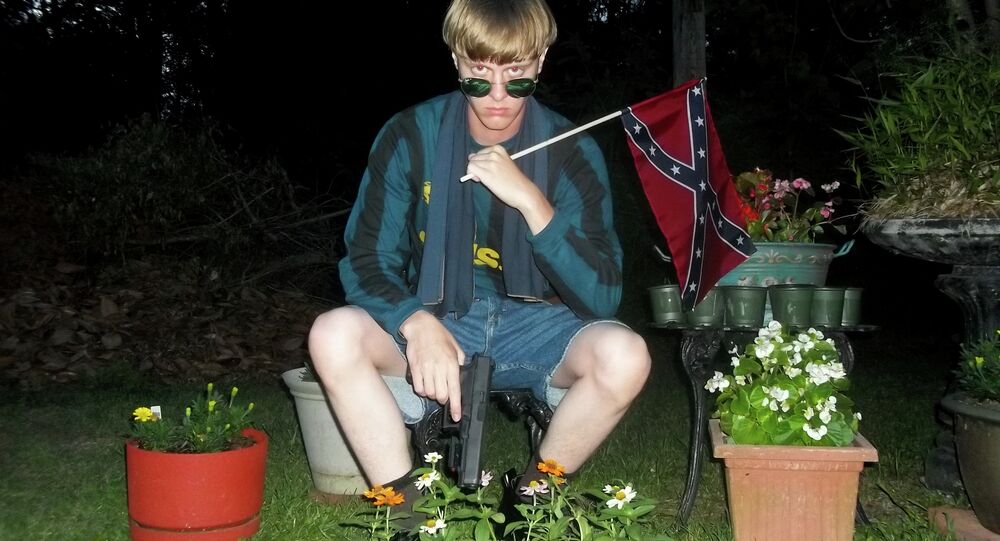 Joe Biden Urged to Commute Federal Death Sentences by 35 Democrats But Who Would Get a Reprieve?

In his last weeks in the White House Donald Trump executed six people on federal Death Row. Among those whose lives were ended was Lisa Montgomery, who had murdered a pregnant woman and stealing her unborn child.

President Joe Biden has been urged to commute the sentences of 49 people on the federal government’s Death Row by a group of congressmen and women.

Dozens of members of the United States Congress ask President Biden to commute the sentences of all of the people on federal death row. pic.twitter.com/JMxi74u0KS

​The letter said they had “grave concerns regarding the death penalty” which they described as “cruel and heinous.”

The Trump administration carried out 13 executions in total, including six since the election in November.

So who is still on federal Death Row?

On 17 June 2015 self-described white supremacist Dylann Roof, then 22, sat in on bible study in an African-American church in Charleston, South Carolina for 15 minutes before pulling out a gun and firing 70 bullets and killing nine people.

He later claimed it was an attempt to “agitate race relations" in the US.

Roof had posed with the Confederate battle flag on social media and this led to a renewed bid to have it removed from various places, including the state flag of Mississippi.

The jury at his trial was shown a police video in which he laughed as he confessed to the massacre at the Emanuel African Methodist Episcopal Church.

Felicia Sanders, who survived the shooting, told his trial Roof was given a copy of a page of the Bible they were studying before he began his rampage.

Her 26-year-old son Tywanza, and her 87-year-old aunt Susie Jackson, were killed in the attack.

The Boston marathon bomber Dzhokhar Tsarnaev is one of those on the list to be executed.

On 15 April 2013 a bomb in a rucksack went off near the finishing line of the Boston marathon, killing three people and injuring more than 260 others.

Dzhokhar was convicted of carrying out the attack along with his elder brother Tamerlan, who was killed by police four days later after going on the run.

In July 2020 Tsarnaev’s death sentence was overturned by the US Court of Appeals for the First Circuit because of the failure to question jurors about their exposure to publicity about the case before the trial.

Trump described the decision as “ridiculous” and said Tsarnaev was an “animal that killed so many people.”

Tsarnaev is now set to face a retrial.

In 1994 Len Davis, a police officer in New Orleans, hired a criminal to kill Kim Groves, a witness who was about to testify against him for police brutality.

Davis, who is African-American, was being investigated by the New Orleans Police Department’s internal affairs division at the time on suspicion of being paid to protect drug dealers.

Kim Groves made a police brutality complaint against officer Len Davis that cost her, her life. Len Davis was already being monitored by the FBI as a part of the undercover investigation Operation Shattered Shield.

List to Episode 35 to hear how it all goes down. #TrueCrime pic.twitter.com/NAtKXO4kqB

Davis and Hardy were both sentenced to death in 1996 for violating Ms Groves’ civil rights.

A third man, Damon Causey, was given a life sentence after he hid the murder weapon.

Hardy’s death sentence was commuted to life because he was ruled to be “intellectually disabled”.

Davis, now 56, has exhausted all legal avenues for appeal.

Philadelphia gangster Kaboni Savage, now 46, was convicted in 2013 of a racketeering case which linked him to 12 murders in the city.

​Among those was a 2004 firebombing which killed two women and four children.

Savage, a former professional boxer, rose from the street level to become a major drug trafficker who was known for his ruthless streak.

He told his girlfriend, in a conversation which was recorded by the police, that he dreamed of “killing rats”, believed to be a reference to those who informing on his activities.

The firebombing killed the wife and children of Eugene Coleman, Savage’s former associate, who had agreed to help the FBI gather evidence against him.

In August last year the US Court of Appeals for the Third Circuit upheld the sentence, saying there was “no grounds entitling Savage to relief on any of the issues he raises.”

Jurijus Kadamovas, an ethnic Lithuanian, was born in the Soviet Union in 1966 and moved to the United States in the 1990s where he teamed up with Iouri Mikhel, who had been born in what was then Leningrad.

The pair owned an aquarium and pet supplies store in California together but they dreamed of committing a big crime which would allow them to live a life of leisure.

In October 2001 they began kidnapping wealthy immigrants from the former Soviet Union in California and demanding ransoms of up to $5.5 million from their families.

In total they kidnapped five people and received $1 million in ransom money but rather than risk releasing the victims, they killed them and dumped them in the Yosemite National Park.

Kidnapping is a federal crime and committing murder during a kidnap carries the death penalty. Both men were sentenced to death in 2007.

In 2006 Dr Ronald Mikos was sentenced to death for the murder of a witness who was about to testify against him to a grand jury investigating a huge Medicare fraud.

Mikos, a podiatrist, had defrauded Medicare out of US$1.2 million by claiming for surgeries he never performed.

He shot dead Joyce Brannon, 54, a caretaker, in the basement of a Lutheran church in Chicago. She had been about to testify against him and he had repeatedly begged her not to, something which Ms Brannon told her sister, Janet, who eventually gave evidence against Mikos.

Mikos, now 73, was the last person sentenced to death in Illinois.

The state has abolished the death penalty but Mikos could still be executed because he was convicted of a federal crime.