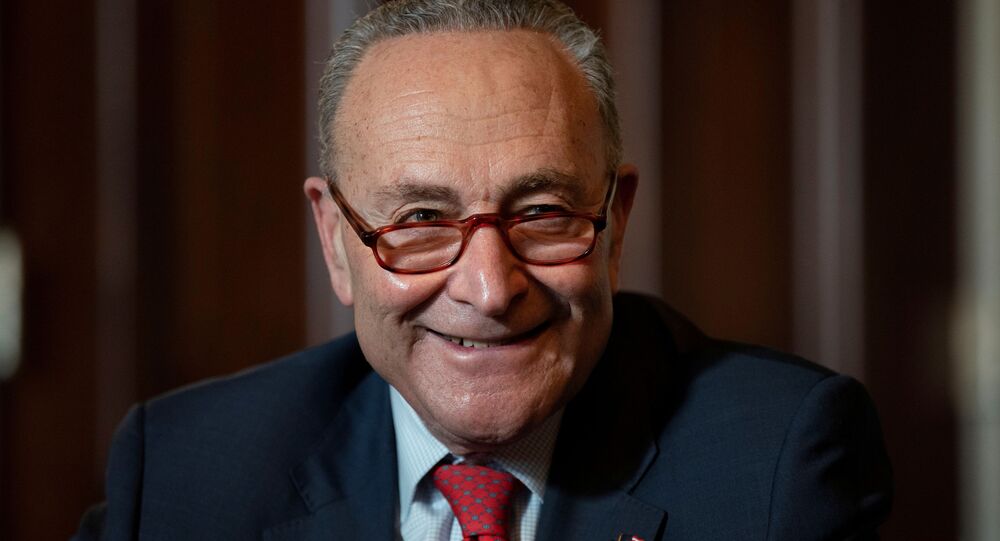 In mid-December, Trump announced Attorney General Bill Barr's resignation "just before Christmas", allegedly over Barr's conclusion that there was no evidence of massive voter fraud in the 2020 election, contrary to what Trump has long claimed. Then acting AG, Jeff Rosen, reiterated the DOJ's commitment to decide based on "facts and the law."

US Senate Majority Leader Chuck Schumer called on the internal auditor of the US Department of Justice (DOJ) to investigate former President Donald Trump over media reports claiming he was conspiring to oust former Acting Attorney General Jeffrey A. Rosen in a bid to reverse the outcome of the election.

In a tweet senator posted Saturday, he argued that the DOJ Inspector General should conduct an investigation into the matter.

And the Senate will move forward with Trump's impeachment trialhttps://t.co/GTTYIGG3mj

A New York Times report claimed on Friday that a lawyer within the DOJ, Jeffrey Clark, allegedly developed a strategy together with President Trump to replace Rosen as acting Attorney General and exercise the power of the department to compel state lawmakers in Georgia to reverse the election results in the state.

Citing anonymous sources, the outlet states that Trump was about to determine whether to fire Rosen and replace him with Clark, allegedly because the then-acting AG declined to support his claims of election fraud, including launching an investigation into Dominion Voting Systems.

The alleged plot reportedly failed after a group of DOJ officials threatened to resign if Trump and Clark proceeded to oust Rosen, and the latter remained in his position through the end of Trump's administration.

The decision to reverse the "plot" allegedly came only after Rosen and Clark filed their opposing cases with him in a White House meeting. Clark reportedly said that this account contained inaccuracies but did not specify which exactly, adding that because of "the strictures of legal privilege," he could not disclose any discussions with Trump or lawyers of the Justice Department.

"Senior Justice Department lawyers, not uncommonly, provide legal advice to the White House as part of our duties," he said. "All my official communications were consistent with law."

The NYT claims that the DOJ lawyer firmly denied any attempt to oust Rosen or that recommendations for action based on factual inaccuracies gleaned from the internet had been made.

"My practice is to rely on sworn testimony to assess disputed factual claims," Clark said. "There was a candid discussion of options and pros and cons with the president. It is unfortunate that those who were part of a privileged legal conversation would comment in public about such internal deliberations, while also distorting any discussions."

Clark noted that last month he was the lead signatory on an application from the Justice Department requesting a federal judge to dismiss a complaint that aimed to persuade Vice President Mike Pence to reverse the election results.

© AP Photo / Jacquelyn Martin
From Election Day to Capitol Mayhem, How Donald Trump Was Forced to Concede to 'Smooth Transition'
Following the November election, Trump struggled for over two months to challenge the results, citing massive irregularities and voter fraud during the election, as he refused to concede to his political rival Joe Biden. A variety of lawsuits have been filed by the Trump campaign around the nation to oppose election results of Biden's win in crucial swing states. None of the legislative attempts produced positive outcomes for him.

Following the mayhem at the US Capitol on January 6, when thousands of Trump supporters stormed the building trying to stop the congressional certification of Biden's victory in the election, Trump issued a farewell message to Americans conceding the election. He also wished "lots of luck" to the incoming Biden administration.

US DoJ Working Toward Sedition, Conspiracy Charges Against Capitol Rioters