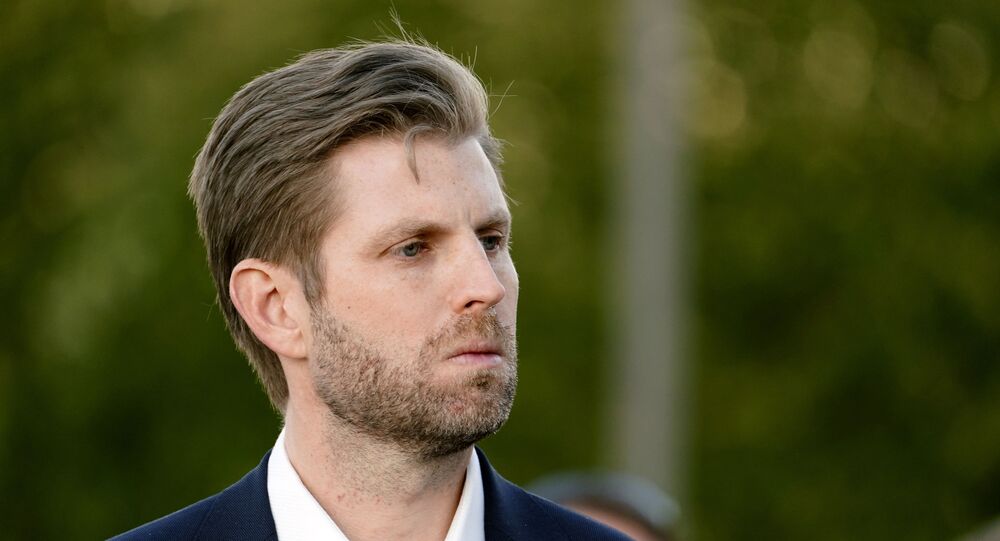 Even as Trump's second son appeared to challenge the outcome of the US presidential election, many netizens have felt more inclined to mock him rather than agree with him.

Eric Trump, son of US President Donald Trump, has urged Republican senators and members of Congress to challenge the results of the 2020 presidential election in the United States, warning them about potentially dire consequences for their careers if they don't.

Trump Jr. delivered this warning during an interview on Fox News, ahead of the US Congress meeting on 6 January to certify the results of the election and confirm Joe Biden's victory.

"Tomorrow’s gonna tell you a lot about the country. Because I can tell you, Sean, any senator or any congressman that does not…fight tomorrow, their political career is over. Because the MAGA movement is going nowhere," he told host Sean Hannity, as quoted by the Independent. "They will get primaried next time around. And they will lose if they don’t stand up and show some backbone, and show some conviction."

Trump Jr. also made a similar remark on Twitter, vowing to "personally work to defeat" every Republican senator and congressman who doesn't "stand up" against what the president's son described as "fraud."

I will personally work to defeat every single Republican Senator / Congressman who doesn’t stand up against this fraud - they will be primaried in their next election and they will lose.

​Many social media users, however, have mocked Eric Trump in response.

Sorry you and your family is a bunch of sad pathetic losers.

You are the fraud.

On 6 January, US Congress gathered for a joint session, presided over by Vice-President Mike Pence, to officially count Electoral College votes from each state and to announce the final tally.