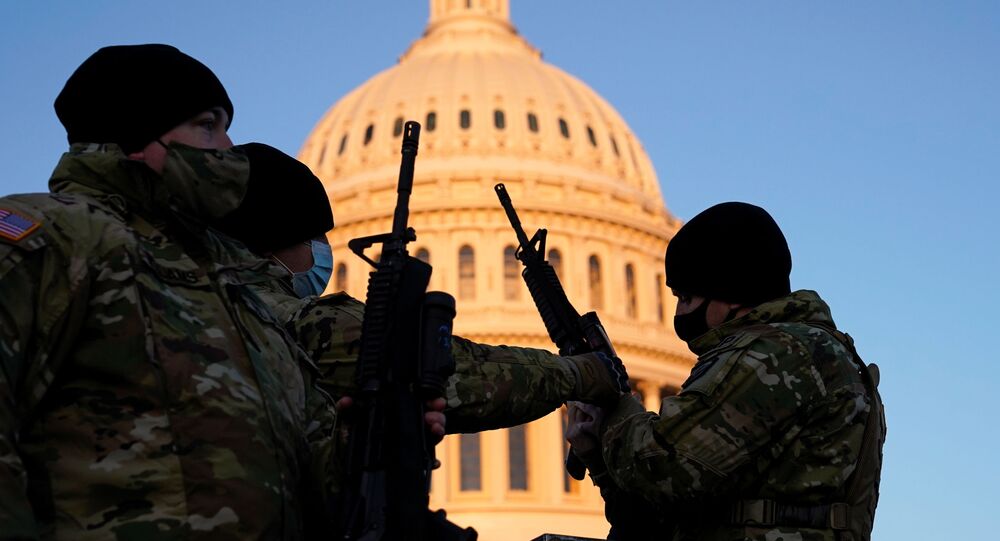 To gain a ‘front-row’ insight to what was happening behind the walls of the US Department of Defense during the final days of the Donald Trump administration, a reporter for Vanity Fair gained permission to become ‘embedded’ with the outgoing acting defence secretary, Christopher Miller.

Just two days before the chaotic events at the US Capitol in Washington DD, on 4 January, a Vanity Fair reporter reached out to Pentagon officials for permission to be granted continuous, real-time access to a Trump cabinet member during the final days of the president’s tenure.

Adam Ciralsky thus became embedded with the outgoing acting defense secretary, Christopher Miller, who has since been succeeded by then-Deputy Secretary of Defense David Norquist, while also securing face time with his two closest aides, known to be staunch Trump loyalists: Kashyap Patel, Miller’s chief of staff, and Ezra Cohen, the under-secretary of defense for intelligence (USDI).

Accordingly, the reporter, who had previously worked in the Office of the Secretary of Defense and later as an attorney for the CIA, joined Miller’s entourage, and was afforded insight into the events that occurred before and after the Capitol chaos.

On the evening of 5 January, the night before the mob stormed Capitol Hill during the certification by Congress of Democrat Joe Biden’s 2020 presidential election win, and unleashed chaos that resulted in five people dying, the acting secretary of defense, Christopher Miller, was at the White House with his chief of staff, Kash Patel, writes the outlet.

They were meeting with President Trump on “an Iran issue,” according to Miller, when suddenly the POTUS reportedly asked how many troops the Pentagon planned to provide for the following day.

He then proceeded to say:

“You’re going to need 10,000 people…You do what you need to do…,” said Trump according to Miller.

As for why the number was so huge, the acting defense secretary suggested that Trump had anticipated a million people in the street, while initial reports on the forecast crowd size were anywhere from 5,000 to 40,000.

On the morning of 6 January, Miller recounted, according to Vanity Fair, hopes of an uneventful day were shattered as intelligence started ‘cycling in’, and the situation escalated to “a current op”.

“We had already decided we’re going to need to activate the National Guard,” Miller recalled.

In response to criticism that the Pentagon had dragged its feet in calling in reinforcements, Miller was quoted as saying:

“I know for an absolute fact that historians are going to look…at the actions that we did on that day and go, ‘Those people had their game together.’”

According to Miller and Patel, they did not try to contact the president on 6 January, as they had already gotten approval to deploy forces.

However, another defense official was reported to have said in reference to Trump:

“They couldn’t get through. They tried to call him”.

Miller disputed reports that vice president Mike Pence was the one who summoned the National Guard, stating that while he conferred with Pence at a secure location on Capitol Hill, he had provided the VP with a situation report.

“We got to get this thing going again,” in a reference to the paused Electoral College certification when the mob stormed the building.

However, Ezra Cohen, the under secretary of defense for intelligence, said:

“The president threw us under the bus. And when I say ‘us,’ I don’t mean only us political appointees or only us Republicans. He threw America under the bus. He caused a lot of damage to the fabric of this country. Did he go and storm the Capitol himself? No. But he, I believe, had an opportunity to tamp things down and he chose not to.”

Amid the turmoil in the wake of the Capitol riot and the following days, when talk of impeachment gained momentum, the Vanity Fair reporter continued to shadow Miller and his team as they went about their last days in office, through 12 January to 19 January, with all three men wearing lapel microphones during the conversations.

At 8 a.m. on 11 January Christopher Miller’s C-32, the military version of a Boeing 757, flew from Joint Base Andrews, with Patel on board together with a retinue of bodyguards and specialists, stopping in Oak Ridge, Tennessee, at the Y-12 National Security Complex.

The visit was reportedly to assess the viability of America’s nuclear arsenal. At the time, President Trump was en route to Alamo, Texas, to check out the wall flanking the Mexico border.

In Washington, however, there were already warnings of armed protests planned in all 50 state capitals.

During a meeting with members of the Tennessee National Guard in Smyrna, Miller was approached by a military aide after which, says the reporter, the acting defense secretary gave the order to arm the National Guardsmen protecting the Capitol and members of Congress.

“I have responsibility for everything, remember. Something goes wrong, I own it completely, 110%,” he was quoted as saying.

On 12 January Miller and Patel flew to STRATCOM, at Offutt Air Force Base, as the House was beginning to debate articles of impeachment.

At one point, says the reporter, Miller lauded Trump for moving to end what had become “forever wars” in Afghanistan and Iraq, while acknowledging his diverse shortcomings.

Soon the news came in that the US commander in chief had been impeached a second time.

© REUTERS / LEAH MILLIS
U.S. House Speaker Nancy Pelosi (D-CA) shows the article of impeachment against U.S. President Donald Trump after signing it in an engrossment ceremony, at the U.S. Capitol in Washington January 13, 2021.

When asking Miller to share his feelings upon receiving the news, the reporter says that the official responded by saying she remained ‘focused’.

“Have to compartmentalise because it’s like being in combat. When you take casualties, you’re just like, it’s horrible. But I’ll think about that later over some drinks when I get home… I refuse to take the bait and get panicky. I have to portray that this is the Department of Defense... Do your damn job. And I’m not going to go out and make some statement…. Right now the country just needs to take a quaalude.”

On Friday evening Miller explained that he and Patel had been to the Oval Office a few hours before. At the time CNN and other news outlets were noting the number of officials resigning and painted a bleak picture of the outgoing president as isolated and despondent.

Miller, however, insisted Donald Trump had been in good spirits.

“I know the media portrays it a little differently… I got to take the guy’s temperature, you know. Make sure that we’re in a good place. And I’m very, very comfortable, very confident,” he said.

At the end of his conversation with Christopher Miller, the reported quotes the official’s wife, Kate Miller, as voicing her fears for her husband’s reputation in the wake of the events.

“His reputation is all that we have. And I am very concerned that he’s being exploited right now. He’s done a very good job. Nobody gives a sh*t. I think we need to just put a line under it and say, ‘We’re done.’”