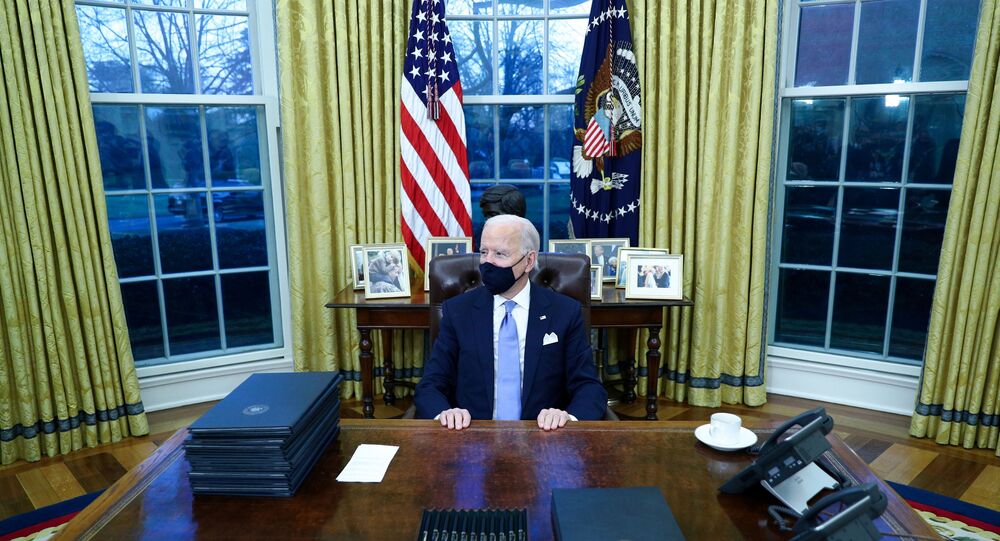 Paxton is acting in response to a recent memo, signed by acting DHS Secretary David Pekoske, which halts deportations of non-citizens for 100 days starting on Friday.

Texas Attorney General Ken Paxton has pledged to sue the newly sworn in Biden administration over what he called an “illegal deportation freeze”.

On Wednesday, the US Department of Homeland Security (DHS) decided to suspend deportations of certain non-citizens for 100 days starting from Friday to make sure that the country has a “fair and effective immigration system” and divert efforts to tackling the COVID-19 pandemic and ensuring US-Mexico border security.

When the @JoeBiden admin breaks the law, I take action. I have told @DHSgov to immediately rescind its illegal, unconscionable deportation freeze—or TX will sue.

As AG, I will always put Americans, Texans first—not dangerous aliens who must be deported!https://t.co/anW89QJiPP pic.twitter.com/ehsucOe6Ks

In an earlier tweet, posted on Inauguration Day, Paxton vowed to “challenge the federal overreach” of the new administration, just hours after 17 executive orders were signed off by Biden.

“Congrats, President Biden,", the statement said. On Inauguration Day, I wish our country the best. I promise to my fellow Texans and Americans that I will fight against the many unconstitutional and illegal actions that the new administration will take, challenge federal overreach that infringes on Texans’ rights, and serve as a major check against the administration’s lawlessness. Texas First! Law & Order always!”

Biden was sworn in as the 46th president of the United States on Wednesday, along with Kamala Harris taking oath as the first-ever female vice president. Marking his first hours in the Oval Office, Biden signed a bunch of executive orders that revoked the policies of former President Donald Trump. These included rejoining the Paris Climate Accord and the WHO that Trump abandoned, as well as terminating the so-called Muslim travel ban.

Trump made the construction of the border wall with Mexico one of his top promises during the 2016 election campaign, to stop illegal immigrants from crossing into the US.