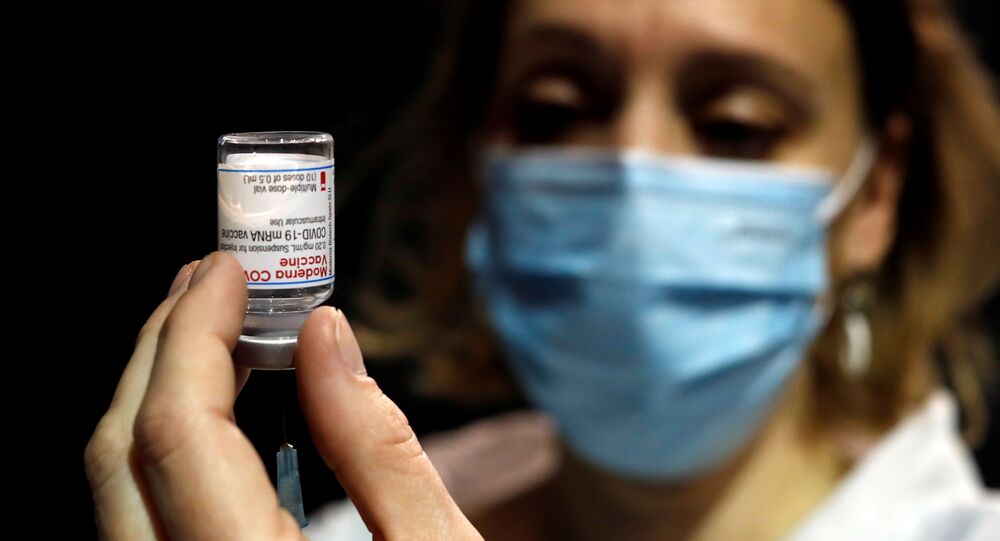 In late December, three shipments of Moderna's vaccine for Texas were reportedly delayed for distribution after it was discovered they may not have maintained a stable temperature before arriving in the Lone Star State.

At least 4,400 doses of Moderna's COVID-19 vaccine in Maine have been set aside because they were not kept adequately cold during transportation, local health officials have revealed.

Vaccine vials are supposed to remain at temperatures between -25°C and -15°C (-13°F and 5°F), in line with instructions from the US Centres for Disease Control and Prevention (CDC).

"Our goal among all of this is to make sure that vaccine that comes into the state is safe, effective and viable before it goes into any arms. This news is concerning but it's important to note this is how the system works", he stressed, adding that the state was expecting to receive replacement doses.

According to Shah, the issue is now being investigated by Operation Warp Speed (OWS) and the Centres for Disease Control and Prevention. OWS is a public–private partnership initiated by the US government to facilitate the development, manufacturing, and distribution of COVID-19 vaccines.

A similar probe is also being conducted in Michigan, where almost 12,000 Moderna vaccine doses were discarded after health officials discovered the vials were transported in temperatures that were too low.

"Recently, we were made aware that a number of Moderna vaccines that were shipped to Michigan were not kept at the appropriate temperature and thus we couldn't use them", Michigan Governor Gretchen Whitmer said.

The governor added that she was angry over the incident because she "knows" that Michigan is "in a race and every vaccine matters".

"But that's not something that I could control; it's not the state of Michigan's fault […] I'm certain that people who had appointments scheduled at facilities that were supposed to get those particular shots were frustrated because they weren't able to get them. That's part of the bumpy road that we are all experiencing nationwide", Whitmer added.

The remarks came a few weeks after the Texas Department of State Health Services said at least three shipments of the Moderna vaccine were not distributed after it was discovered that they had not been kept at a stable temperature before arriving in the Lone Star State.

© AP Photo / Ted S. Warren
US Pharmacist Who Spoiled 500 Doses of Moderna’s Vaccine is Conspiracy Theorist, Report Says
This followed 50 vials of the Moderna vaccine being put aside at the Advocate Aurora Health medical centre in Grafton, Wisconsin, after a hospital employee failed to return the vials to a storage freezer.

Earlier in Janury, OWS chief Moncef Slaoui said that US citizens might receive only half of the dose of the coronavirus vaccine developed by Moderna in the future. He explained that the government is discussing such an option with the Food and Drug Administration (FDA) and the drug's producer in order to extend and accelerate the inoculation campaign in the country.

The US failed to achieve a self-imposed goal of inoculating 20 million people by the end of last year. A little more than 4 million citizens have so far been inoculated.

US Authorises Moderna Coronavirus Vaccine for Emergency Use