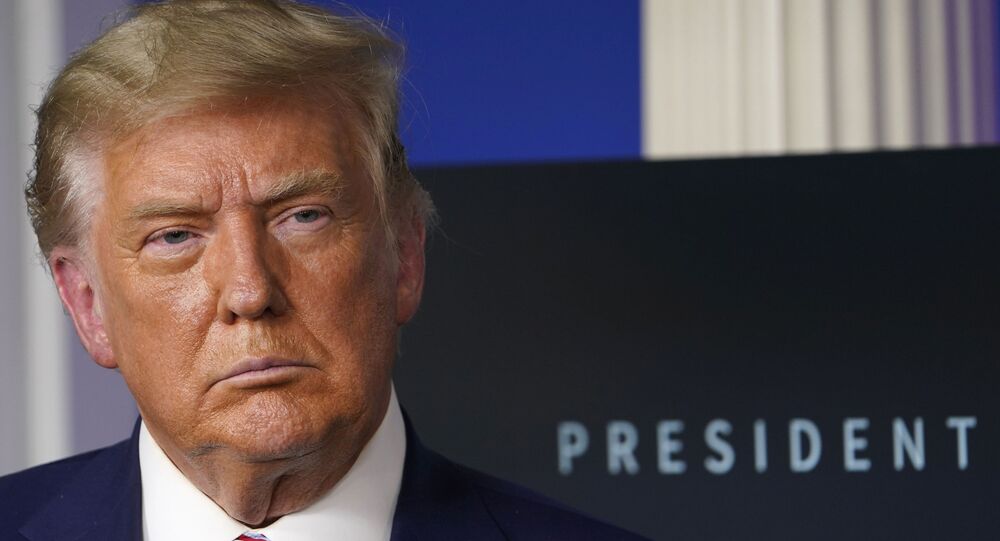 Following the mayhem in the US Capitol on January 6, the outgoing US President Donald Trump has found himself in the middle of a whirlwind, as the biggest US social media companies suspended his accounts on almost every platform, particularly Facebook, Instagram, YouTube, and most notably Twitter.

Facebook has no plans to remove the suspension of President Trump from the social media network even after he ends his White House term, NBC News reported Wednesday.

According to the report, citing sources familiar with the plans of the company, the blocking of Trump's account remains indefinite with no plans at this time to lift it.

On January 15, Facebook's communications director Andy Stone took to Twitter to emphasize that the tech giant has "no plans" to lift the indefinite suspension of trump's ability to create any new posts on the company's platforms.

There has been no change to the status of the President's Facebook and Instagram accounts. That report is false. The indefinite block we placed on the President's ability to post from those accounts remains in place and there are no plans to lift it. https://t.co/8L2KnuLrCa

​Last week, Facebook’s COO Sheryl Sandberg also stated in an interview that the company had "no plans" to lift the ban on Trump.

Facebook CEO Mark Zuckerberg reportedly said at the time of Trump's suspension that the "risks of allowing the President to continue to use our service during this period are simply too great."

Trump was also blocked on Instagram, with the initial statement that the suspension would last at least until the end of the president's term in office.

Along with YouTube, Snapchat and Reddit, the social media giant blocked Trump's account for his alleged role and initial reaction to the violent crowd that stormed the Capitol on January 6 in a bid to prevent Congress from certifying the presidential election results.

In the aftermath of the events at the Capitol, the platform that was the most popular with the president, Twitter, was the first social network to suspend Trump's account for the "violation" of its rules regarding violence.

Earlier, co-founder of Twitter and CEO Jack Dorsey expressed in a series of tweets that he felt "no pride" in banning Trump from the platform.

"​Having to take these actions fragment the public conversation. They divide us. They limit the potential for clarification, redemption, and learning. And sets a precedent I feel is dangerous: the power an individual or corporation has over a part of the global public conversation", he added.

Trump is known for using social media platforms, especially Twitter, to claim the US elections were fraudulent, in spite of the fact that his legal team lost many court battles challenging the votes, and to attack his political rivals.

Trump's Farewell Address: 'Especially Proud' to Be 1st President 'in Decades' With 'No New Wars'