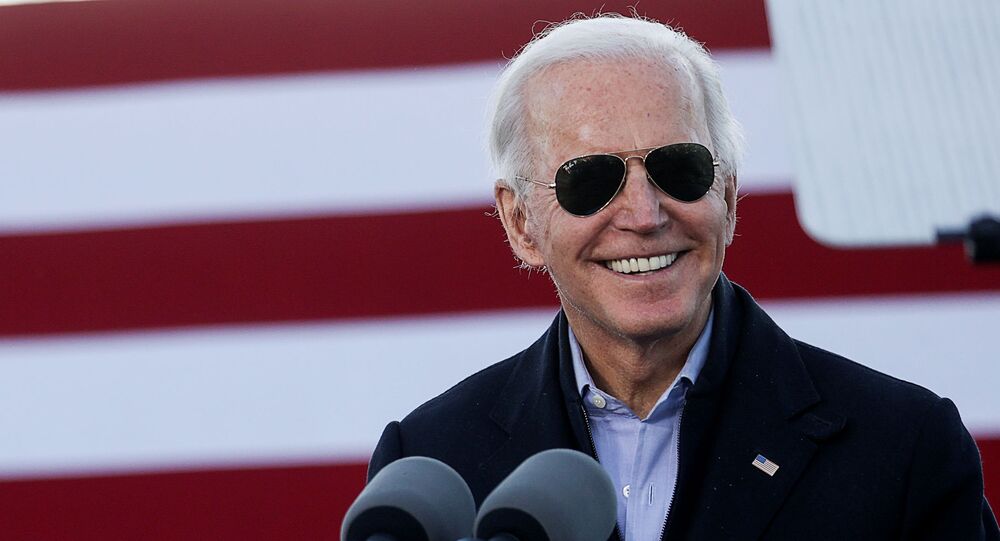 From A to Z: Everything You Need to Know About Joe Biden’s Inauguration

On 20 January 2021, after two unsuccessful presidential campaigns, a gazillion gaffes, and accusations of corruption, Joseph Robinette Biden Jr. will become the 46th president of the United States.

Joe Biden’s inauguration will differ significantly from the ceremonies of his predecessors, with some mainstream media outlets saying it will be unlike any other event. From celebrities who will appear at the ceremony to security and the inaugural speech – here is everything you need to know about the upcoming event.

Just Me and My Friends

Curb your enthusiasm about attending the ceremony. Due to the coronavirus pandemic, only 1,000 tickets were released for the event and all of them were given to doctors and nurses in order to thank them for… nah, we’re pulling your leg. They were given to members of the Congress and their important friends.

What the inauguration might lack in crowd, it will definitely make up for in… soldiers, who will be protecting the president from what they apparently seem to think may be an imminent attack from Russia, China, Iran, or Thanos (underline your favourite villain), as some 25,000 National Guard troops are set to guard the proceedings.

That’s five times more servicemen than the US has in Afghanistan and Iraq!

Hundreds of soldiers in and around the Capitol.

Nearly 20,000 National Guard troops to be deployed to Washington, D.C. #US pic.twitter.com/l8amUf4umH

Expecting trouble, DC locks down a week before inauguration:
A group of uniformed National Guard troops emerged from a tour bus and headed into a hotel as a state of lockdown descended on Washington that will last through the Jan. 20 inauguration.

-A lockdown is a great idea pic.twitter.com/wyVacvw5JS

As much as Joe loves kissing and hugging people, we’re still in COVID mode, so every attendee is required to wear a mask and maintain social distance.

The lucky ones who get to join the president and vice president on the platform, where they will be sworn in, will have to cough up a negative COVID-19 test beforehand.

Incidentally, prior to the election, Biden said he wouldn’t wear a mask during the inauguration…

Say Bye to the Inaugural Parade!

​...and to the inaugural ball, for that matter! Both events will be held digitally and, according to Biden's team, will feature musical acts and remarks from Biden and Kamala Harris, 2020-style!

Timeline of the Ceremony – aka the Boring Part

The opening remarks are scheduled for 11:30 EST (16:30 GMT). Then Kamala Harris will be sworn in as vice president of the United States by Supreme Court Justice Sonia Sotomayor. Biden is expected to be sworn in at 12:00 EST (17:00 GMT) by Chief Justice John Roberts.

The moment he utters these words, he will become the 46th president of the United States.

What Will Biden Focus on in His Address?

We're boring you again, sorry. A president’s speech at the inauguration is regarded as his vision for the country during the coming four years. Some of the most inspiring and well-known phrases were spoken during inauguration speeches, including John F. Kennedy’s: "Ask not what your country can do for you, ask what you can do for your country".

It is a tradition that the outgoing president attends the solemn ceremony and watches the next in line being sworn in. However, Donald Trump is not one for keeping in line.

© AP Photo / Evan Vucci
President Donald Trump waves as he boards Air Force One for a trip to White Sulphur Springs, W.Va., for an event on tax policy, Thursday, April 5, 2018, at Andrews Air Force Base, Md.

Trump is expected to leave the White House early in the morning, with the Republican planning a farewell ceremony at Joint Base Andrews, the home base of Air Force One. Reports say he will spend 20 January at his Florida residence, Mar-a-Lago.

Take your hands off the panic button. Trump’s absence won’t kill the ceremony’s razzle-dazzle. As has become customary in recent years, famous musicians will perform at the inauguration and despite the coronavirus pandemic and tense situation in the country, Biden’s inauguration will not be an exception. Lady Gaga, who campaigned and voted for Biden, is expected to sing the US national anthem.

I am deeply honored to be joining @BidenInaugural on January 20 to sing the National Anthem and celebrate the historic inauguration of @JoeBiden and @KamalaHarris! 💙 pic.twitter.com/MfgcG3j4Aa