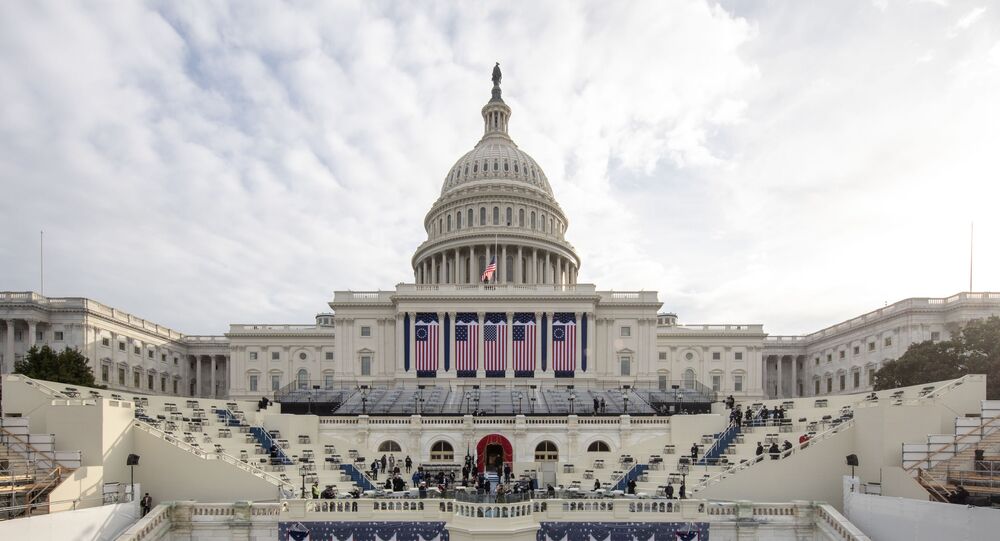 WASHINGTON (Sputnik) - US Acting Defense Secretary Christopher Miller said Monday that the Defense Department will vet National Guard personnel deployed to Washington ahead of the inauguration of President-elect Joe Biden, but the Pentagon has received no intelligence indicating an insider threat.

Earlier in the day, news outlets reported that the Federal Bureau of Investigation (FBI) was vetting all 25,000 US National Guard troops who will be involved in ensuring security at the upcoming inauguration to exclude insider attacks.

"As is normal for military support to large security events, the Department will vet National Guardsmen who are in Washington, DC While we have no intelligence indicating an insider threat, we are leaving no stone unturned in securing the capital," a statement by Miller, published on the department's website, said.

The acting defense secretary stressed that National Guard servicemen were instructed to report any suspicious activities they notice to their chain of command.

"The DC National Guard is also providing additional training to service members as they arrive in DC that if they see or hear something that is not appropriate, they should report it to their chain of command," Miller said.

According to one of the officials, altogether, the Pentagon has authorized roughly 2,750 active-duty personnel to support the inauguration, however about 2,000 of the troops are for "ceremonial support."

The US Capitol was put on a brief lockdown on Monday due to an "external security threat", which turned out to be a fire in a homeless camp not far from the building. The incident caused the cancellation of the rehearsal of the inauguration of 46th US president Joe Biden, as all its participants were evacuated from the Capitol Hill area.

As the US Secret Service stated, the fire occurred under a bridge at a safe distance behind the Capitol building, which was not under threat, although it appeared on several videos shot from a particular angle that the fire had started close behind it.

Some users shared another video online of what appears to be Bell V-22 Osprey aircraft seen in the sky above Washington, DC, allegedly during the time of the incident.

On January 6, supporters of outgoing President Donald Trump stormed Capitol Hill in a bid to prevent Congress from certifying the presidential election victory. At least five people, including a female air force veteran, were killed and some 170 cases have been opened by police in connection with the riots. The US House of Representatives impeached Trump last week for inciting the riot. In the wake of the DC riots, Washington has beefed up security to prevent similar incidents from happening during the upcoming inauguration.