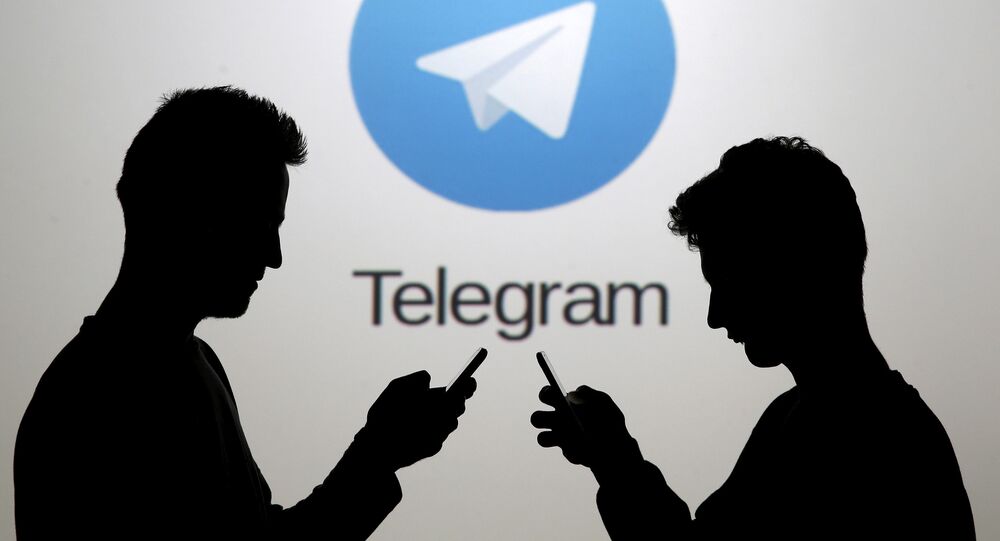 The Coalition for a Safer Web is a Washington, DC-based nonprofit organisation that advocates for new technologies and policies to remove extremist content from social media. The group is headed by former US Ambassador to Morocco Mark Ginsberg, now a cybersecurity and social media platform adviser.

On 17 January, the Coalition for a Safer Web filed a lawsuit against Apple urging it to remove the Telegram messenger from its app store which, according to its filing, "is being used to intimidate, threaten, and coerce members of the public".

The coalition complained that "neo-Nazi" and "racist" messages as well as hate speech were allegedly distributed on Telegram. The organisation has filed a lawsuit in a northern California district court and claims that Telegram violates Apple's app store rules by allowing the publication of this kind of content.

The case also contains accusations of Telegram being a "tool to facilitate and carry out its terrorist activity, including the attack on the United States Capitol that took place on 4 January 2021". According to the suit, Telegram is a vehicle facilitating voices of violence and extremism across the US.

"Telegram stands out by itself as the superspreader [of hateful speech], even compared to Parler", Mark Ginsberg, a head of the Coalition for a Safer Web, said in an interview with The Washington Post.

As The Washington Post noted, the prospects for the suit's success are unclear. Under Section 230 of the Communications Decency Act, online platforms are given high immunity from liability for most of the content they distribute. The decision to keep Telegram in the app store is not just protected by the 1996 Communications Decency Act, but by Apple's right to free speech.

A similar lawsuit, according to coalition lawyer Keith Altman, is planned against Google.

The move follows the violents riots at the US Capitol on 6 January that resulted in the deaths of five people and massive property damage.

In the wake of the deadly siege at the US Capitol, President Donald Trump was accused of "incitement of insurrection" and banned from several social media platforms, including Twitter - a move condemned by many conservatives, who reportedly decided to boycott the company in protest.

After Trump and his supporters' accounts were blocked or suspended by Big Tech platforms, conservative groups reportedly found refuge on Parler, where they purportedly found more leniency on the views expressed. Parler, however, was later deleted from the Apple App Store and Google Play in a bid, as Parler CEO John Matze put it, "to deny President Trump a platform on any large social-media service".

Last week Telegram, created by the Durov brothers, experienced a huge inflow of users reportedly seeking the freedom to safely express their political views. Some media reports suggested the spike in numbers was connected with Twitter's move to block POTUS' account as well as the introduction of new rules by WhatsApp.