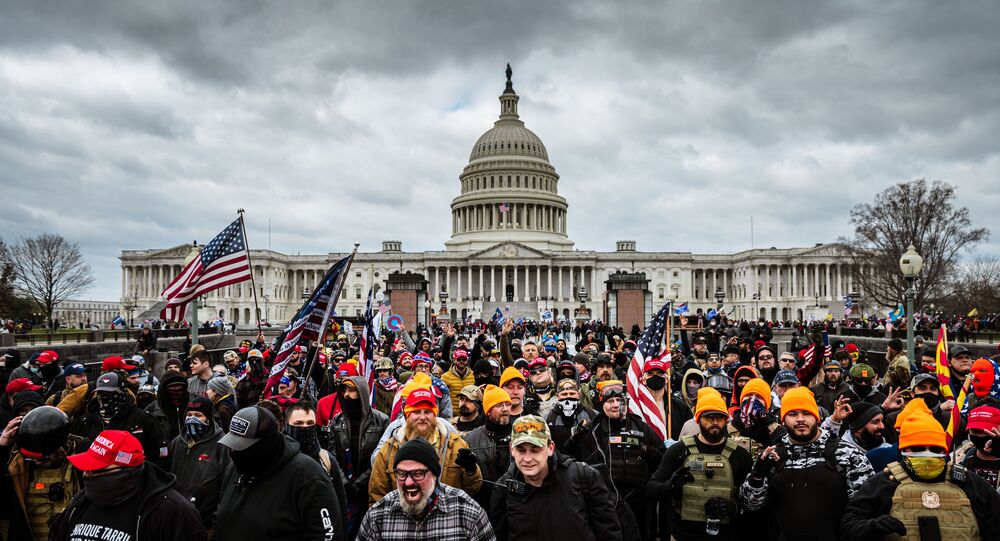 On 6 January a mass protest occurred in Washington as the certification of the Electoral College vote was being held. Trump's supporters violently stormed the Capitol and interrupted a joint-session of Congress, causing 5 deaths.

The FBI is probing the alleged foreign “trail” in the 6 January riot, NBC News reported on Saturday, citing FBI officials. According to sources, the bureau is attempting to examine whether the rioters were funded by foreign governments, organisations or individuals.

The investigation started with examining a $500,000 foreign payment revealed by blockchain analytics firm Chainalysis on Thursday. A French computer programmer reportedly transferred 28.15 bitcoins (about $522,000) to 22 separate addresses in a single transaction. As NC reported, he committed suicide shortly after the transaction.

A further investigation revealed that part of that money allegedly belongs to “far-right activists and internet personalities”. Nick Fuentes, a podcaster who joint the protest, but didn’t enter the Capitol building, received the biggest proportion of the money, about $250,000, French reports claim.

On Friday the FBI issued bulletin, alleging that Russian, Iranian, and Chinese parties have “seized the opportunity to amplify narratives in furtherance of their policy interest amid the presidential transition.”

At the moment the FBI is seeking the participants in the storming of the Capitol; hundreds of people have already been prosecuted.

Four committees from the US House of Representatives, including the Intelligence Committee, the Committee on Homeland Security, the Judiciary Committee and the Committee on Oversight and Reform, have requested data from law enforcement and intelligence agencies to examine what they knew about threats of violence, whether the information was passed on, and whether security officers participated.

On 6 January a pro-Trump rally led to the storming of the Capitol building, which resulted in the death of four protesters and one policeman. The Democrats, lawmakers and mainstream US media have repeatedly accused Trump of inciting the angry mob that was intended to interrupt the certification of the Electoral College vote. On Wednesday, 232 Representatives, including ten Republicans and the entire Democratic bloc, voted to impeach Trump a second time.