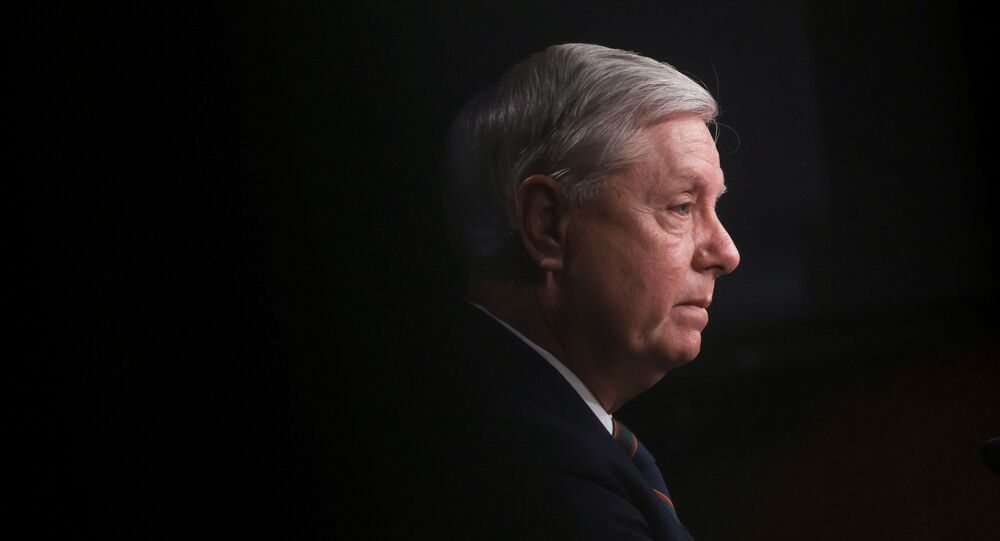 After Donald Trump's unexpected victory in the 2016 US presidential election, a special investigation into what was described as "collusion" by the Trump campaign with the Kremlin was conducted by US Special Counsel Robert Mueller - only to discover no "direct evidence" to support the allegations.

The Senate Judiciary Committee chairman, Republican Lindsey Graham, on Friday released an earlier classified document on his panel's Russia-related probe, describing the original investigation as "one of the most incompetent and corrupt investigations in the history of the FBI and DOJ."

The initial research, dubbed "Crossfire Hurricane", attempted to find out whether members of Trump's team "colluded" with Moscow to affect the outcome of the 2016 US presidential election, as was claimed by some Democrats.

"I consider the Crossfire Hurricane investigation a massive system failure by senior leadership, but not representative of the dedicated, hardworking patriots who protect our nation every day at Federal Bureau of Investigation and the Department of Justice," Graham stated on Friday, saying his committee has released "as much material as possible," while "some classified material has still been withheld."

According to Graham, investigators were "incredibly biased" and the  Foreign Intelligence Surveillance Act (FISA) court was "lied to".

"Exculpatory information was withheld on those being investigated. The investigators, with some notable exceptions, were incredibly biased and used the powers of law enforcement for political purposes," Graham asserted, adding that "the subjects of the investigation had their lives turned upside down. It is my hope that counterintelligence investigations will be reined in and this never happens again in America."

​The Judiciary Committee chairman lambasted the leadership of former FBI Director James Comey and his Deputy Director Andrew McCabe, complaining that there was "a blind eye turned toward any explanation other than the Trump campaign was colluding with foreign powers".

Stressing the need to "restore the trust in this system" to Americans, Graham praised the reforms started by incumbent FBI Director Christopher Wray and urged him to continue on the same course.

Crossfire Hurricane, initiated in midsummer 2016, was an FBI operation investigating allegations of the ties between the Trump campaign and Russia - a probe that in 2017 was handed over to US Special Counsel Robert Mueller. Mueller was tasked to find whether Trump officials colluded with Russia in 2016 in attempts to help Trump be elected.

The work was finalized with an extensive report, which found no "direct evidence" to back the claims. Trump denounced the investigation as being politicised, and denied any collaboration with the Russian government. Moscow has consistently outlined that it has never interfered in any internal US political process.