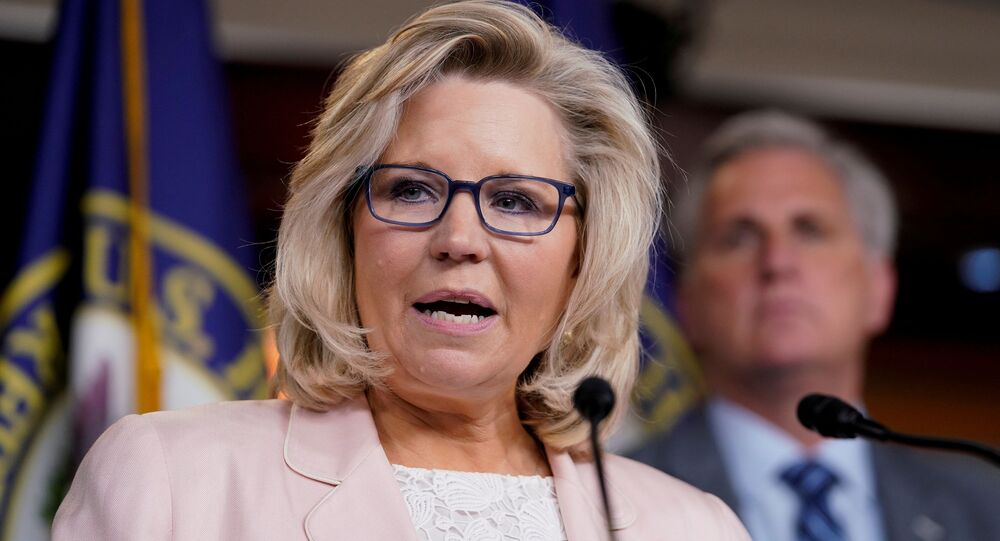 In addition to impeachment, lawmakers are due to formally call on US Vice President Mike Pence to invoke the 25 Amendment and remove US President Donald Trump from office on the grounds that he is unfit to carry out the duties of his office.

After House Democrats introduced an article of impeachment on Monday charging US President Donald Trump with “incitement of insurrection,” they are also winning the support of leading Republicans, who see an opportunity to rid themselves of a troublesome factional leader in the party.

Rep. Liz Cheney (R-WY), chair of the House Republican Conference and third most powerful Republican in the US House of Representatives, sharply condemned the attack on the US Capitol last week, blaming Trump for both sparking the riot and for failing to rein it in.

"On January 6, 2021 a violent mob attacked the United States Capitol to obstruct the process of our democracy and stop the counting of presidential electoral votes. This insurrection caused injury, death and destruction in the most sacred space in our Republic," she said Tuesday, according to The Hill.

"Much more will become clear in coming days and weeks, but what we know now is enough. The President of the United States summoned this mob, assembled the mob, and lit the flame of this attack. Everything that followed was his doing. None of this would have happened without the President. The President could have immediately and forcefully intervened to stop the violence. He did not. There has never been a greater betrayal by a President of the United States of his office and his oath to the Constitution,” she added. "I will vote to impeach the President."

While Cheney has a history of being critical of Trump’s policies, preferring a more adversarial foreign policy like that of her father, former US Vice President Dick Cheney, Senate Majority Leader Mitch McConnell (R-KY) has long supported the Trump administration.

McConnell, who leads the Republicans in the Senate and was instrumental in ensuring Trump’s acquittal during his first impeachment in December 2019, reportedly also expressed his support for removing Trump from office on Tuesday.

The New York Times reported, citing “people” familiar with his thinking,” that McConnell believes Trump committed impeachable offenses and that impeaching him will make it easier to purge him from the Republican Party. Trump’s unexpected rise to party presidential nominee in 2016 was opposed by other leading Republicans, who denounced his anti-establishment posturing and tendency to say the quiet part out loud as inimical to the party’s brand of politics.

His subsequent administration has polarized the Republican Party, sending increasing numbers of party figures into the Democratic Party or prompting them to form a “never Trump” internal opposition, with such leaders as former national security adviser John Bolton, former Secretary of State Colin Powell and former chair of the Republican National Committee Michael Steele vocally opposing the president.

Another, Rep. Adam Kinzinger (R-IL), said in a Tuesday statement, “There is no doubt in my mind that the President of the United States broke his oath of office and incited this insurrection.”

“He used his position in the Executive to attack the Legislature,” Kinzinger said, adding that if Trump’s actions “are not worthy of impeachment, then what is an impeachable offense?”

Trump’s first impeachment, on charges of abuse of power and obstruction of Congress, came after he allegedly pressured the Ukrainian government to open an investigation into his election rival, Democratic candidate Joe Biden, and the business dealings of Biden’s son, Hunter. Republicans fervently opposed the Democratic initiative, and the GOP-controlled Senate rejected the charges brought against him by the Democrat-controlled House.

Biden defeated Trump in the November 3, 2020, election, but Trump claimed the results were fraudulent and declared himself the victor. Last Wednesday, Trump’s followers stormed the US Capitol after attending a rally hosted by Trump outside the White House at which he urged them to “stop the steal.”

However, after the insurrection failed to halt Congress’ certification of the election results, Trump condemned the violence and asked the rioters to leave the Capitol.

Since then, Republicans have rallied against Trump and the insurrection, both of which have been condemned by leading GOP figures, and several members of his Cabinet have tendered their resignations. Sen. Kelly Loeffler (R-GA), who had previously opposed certification of the election results, changed her mind after the violence sent her and other lawmakers scrambling to safety, and she voted to certify them once Congress reconvened after the rioters had been evicted from the Capitol.

US Counterintelligence Chief Calls for ‘Accountability’ by Police, Security for Capitol Insurrection