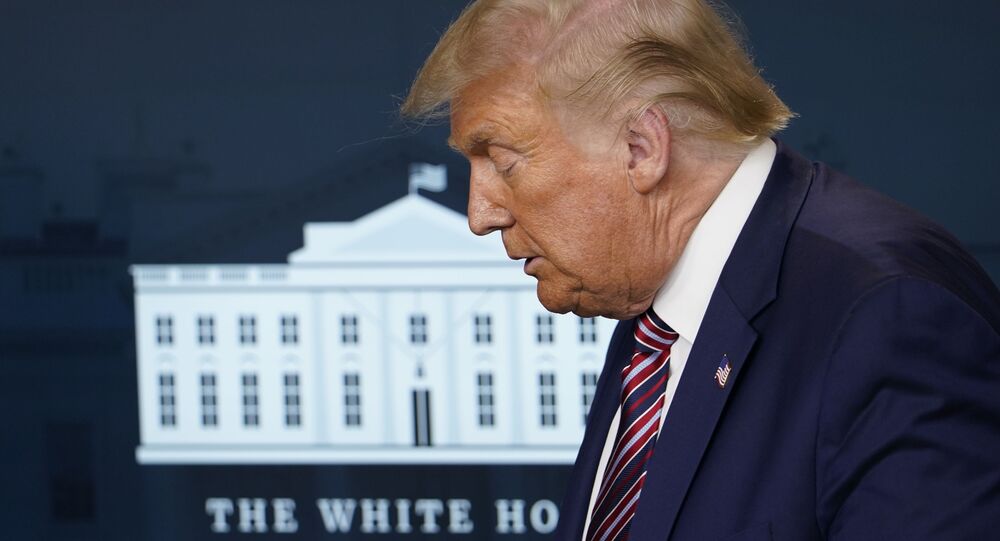 The impeachment resolution said that POTUS had addressed a rally shortly before his supporters mounted the attack on the Capitol, having been "encouraged" by Trump's repeated rhetoric about alleged voter fraud that occurred on 3 November.

US House Democrats have introduced an article of impeachment against incumbent President Donald Trump, with the resolution containing a single article, “incitement of insurrection", in the wake of the deadly Capitol riot on 6 January.

"The Article of Impeachment: incitement to Insurrection, drafted by Rep David Cicilline, Rep Raskin, me and House Judiciary staff, has now been formally introduced at the House pro forma session today", Congressman Ted Lieu said in a statement on Monday.

The resolution, instantly blocked by the House Republicans, noted that Trump spoke at a rally, after which his supporters mounted the attack, charging that his statements had "encouraged and foreseeably resulted in" the chaos at the Capitol.

US House Majority Leader Steny Hoyer says there may well be a vote on impeachment on the House floor on Wednesday, with Speaker Nancy Pelosi noting it will be the next step in the impeachment proceedings.

The legislative body's move comes 9 days before President-elect Joe Biden's inauguration, slated for 20 January, when he will officially assume the presidency.

The push by congressional Democrats to remove Trump from office has since gained support from a number of Republicans. Sen. Lisa Murkowski of Alaska became the first Republican senator to call on Trump to resign on Friday, telling the Anchorage Daily News, "I want him out. He has caused enough damage".

Rep. Adam Kinzinger of Illinois, also a GOP lawmaker, for his part endorsed invoking the 25th Amendment, which would push for Trump's removal from office before the inauguration.