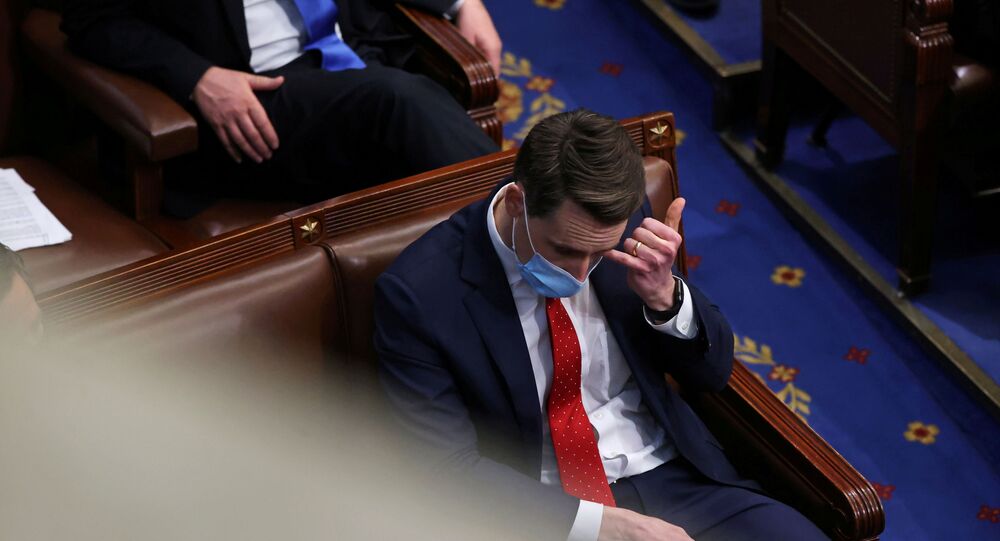 US federal lawmakers have begun several processes aimed at removing US President Donald Trump from office in the wake of a Wednesday insurrection in which his supporters stormed and looted the US Capitol building.

After being accused of helping to incite the insurrection, Sen. Josh Hawley (R-MO) has lost the support of former Sen. John Danforth, a political kingmaker in conservative Missouri politics whose endorsement helped the young politician into Congress’ upper house.

“Supporting Josh and trying so hard to get him elected to the Senate was the worst mistake I ever made in my life,” said Danforth, who endorsed Hawley’s 2016 House and 2018 Senate runs, in an interview with St. Louis Today.

“Yesterday was the physical culmination of the long attempt (by Hawley and others) to foment a lack of public confidence in our democratic system. It is very dangerous to America to continue pushing this idea that government doesn’t work and that voting was fraudulent,” Danforth added.

On December 30, Hawley said he intended to object to the election results presented to Congress for certification to “raise the critical issues” that “that some states, particularly Pennsylvania, failed to follow their own state election laws” and “the unprecedented effort of mega corporations, including Facebook and Twitter, to interfere in this election, in support of Joe Biden.”

There was little chance the plan would work: only a handful of Republicans ever supported the initiative, none of whom are leading figures.

The certification was the final step in making official US President-elect Joe Biden’s election victory. Trump has claimed the results were fraudulent and manipulated to deprive him of a victory and urged his followers to halt the process in a speech immediately prior to their storming of the Capitol on Wednesday. Four people died in the uprising, one of whom was shot by a Capitol security officer while attempting to break through a barricaded door.

Earlier this week, Danforth was asked his opinion about Hawley’s plan: he called it “radical” and a “highly destructive attack on our constitutional government,” according to KSDK.

Danforth’s renunciation of his Hawley support comes amid strong criticisms of the senator’s decision to challenge the election results during their January 6 certification in Congress, which the insurrectionists stormed the Capitol in a bid to halt.

After Hawley was photographed giving a raised fist to the rioters outside the Capitol, former head of the Republican National Committee Michael Steele blasted the image as one “we will all remember from what we’ve witnessed today,” saying it was truly Trump’s “symbol of this sedition.”

The picture (among many) we will all remember from what we’ve witnessed today @HawleyMO — you are @realDonaldTrump’s symbol of this sedition. https://t.co/4JzBDp8r6p

​Similarly, Sen. Tom Cotton (R-AK), a close confidant of Trump’s, attacked “some senators” who “for political gain, misled supporters about their ability to challenge the election results” during a Thursday appearance on Fox News. He urged Republicans to unite around countering what he called “the Democrats’ radical agenda.”