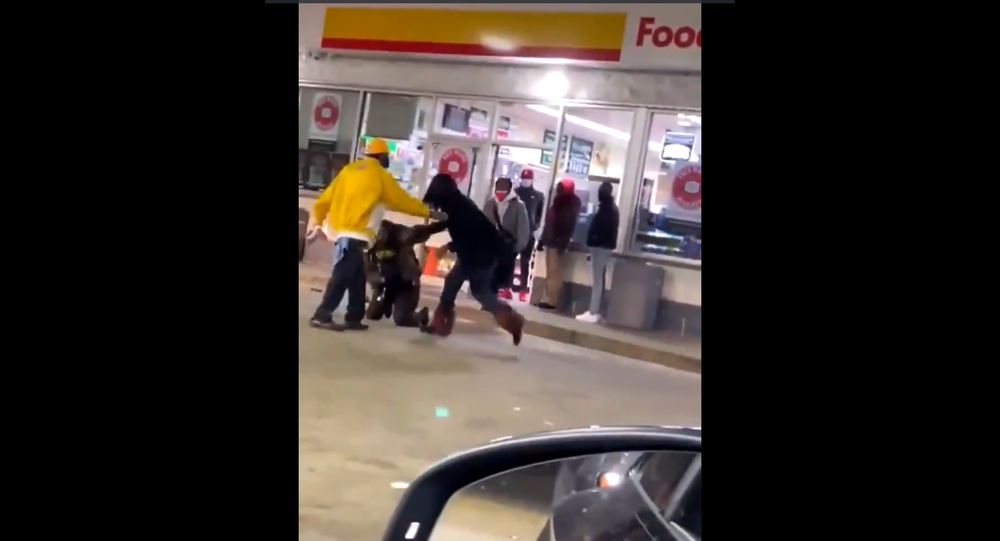 According to the St. Louis Police Department, the woman took a baton belonging to a sheriff's deputy and struck her with it, reportedly causing a concussion. It was said later, however, that the officer declined medical attention.

A St. Louis, Missouri, woman is wanted on charges of robbery and assault, according to local police, after she punched a 59-year-old female sheriff's deputy who was working security after the latter told her to wear a mask or she would not be let into a shop at a Shell Gas Station on Friday.

The statement went on to note that the woman took the baton from the female sheriff's deputy and struck the latter, causing a concussion.

While police only shared the video of the woman appearing in the shop at the gas station, a video said to show the exact moment of the assault was shared by a social media user.

The screen caption of the original video, that appears to now be deleted, reveals the woman punching the deputy with the baton and then walking away.

#StLouis #Missouri
They deleted the original video - so here’s a screen recording I had made just in case that happened. https://t.co/oPtAFDUNHw pic.twitter.com/N1TqMaYXDH

​The deputy was said to have declined medical help after the incident.

According to police, an investigation into the incident has been launched, and the public is asked to share any information regarding the suspect.