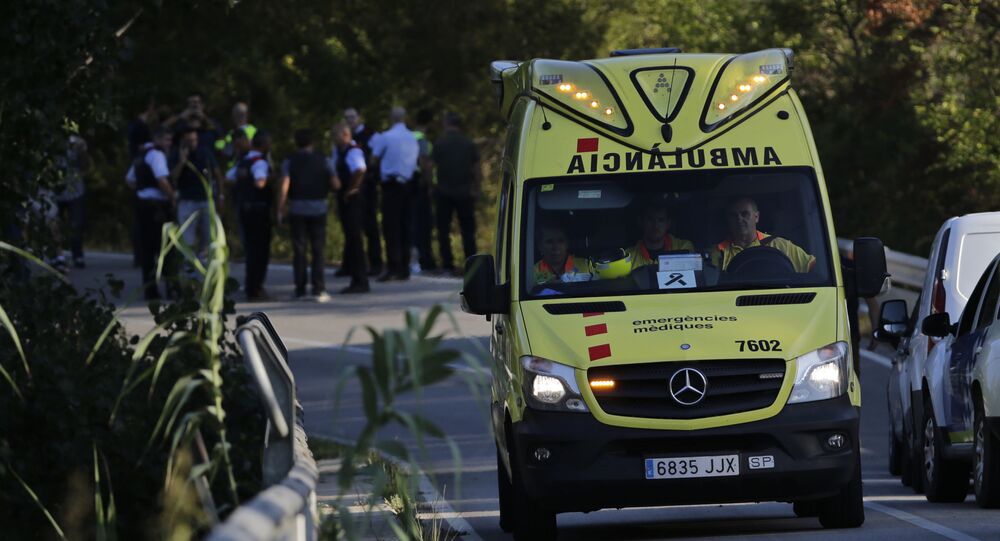 The injured man was homeless and well known in Passeig de Sant Joan - an area of Barcelona where the incident took place. After being shot in a stomach, he was taken to the hospital and is reported to be in stable condition.

A homeless man was shot in the stomach in Barcelona on Saturday by a police officer after attempting to stab the latter with a knife, according to the city's police department.

The incident occurred in the area of Passeig de Sant Joan, near the intersection with Ausias March street, at around 7 p.m., local time.

The man, identified as homeless, was taken to the hospital in stable condition after being shot twice, one bullet hitting him in the stomach.

"We are investigating an incident that occurred shortly before 7 p.m. on Pg St. Joan. An agent has shot a person to repel an alleged assault", Barcelona's police department tweeted.

Albert Batlle, the deputy mayor for security with the Barcelona City Council, said during a press conference following the incident that the homeless man, 43, is of Hungarian origin.

A local media reporter shared a picture of the knife the man allegedly tried to stab a police officer with.

"The homeless man who has been seriously injured by a gunshot wound @barcelona_GUB he wore this knife half wrapped in cloths as published by @Undercover_Camo from police sources", the tweet reads.

​A video allegedly filmed on the scene showed a police presence in the area where the incident occurred.

Police have shot a man in Barcelona who attacked them with a knife #breaking https://t.co/8ghVDwt7CQ

​According to authorities, an internal investigation has been launched to "clarify the facts" of the incident.