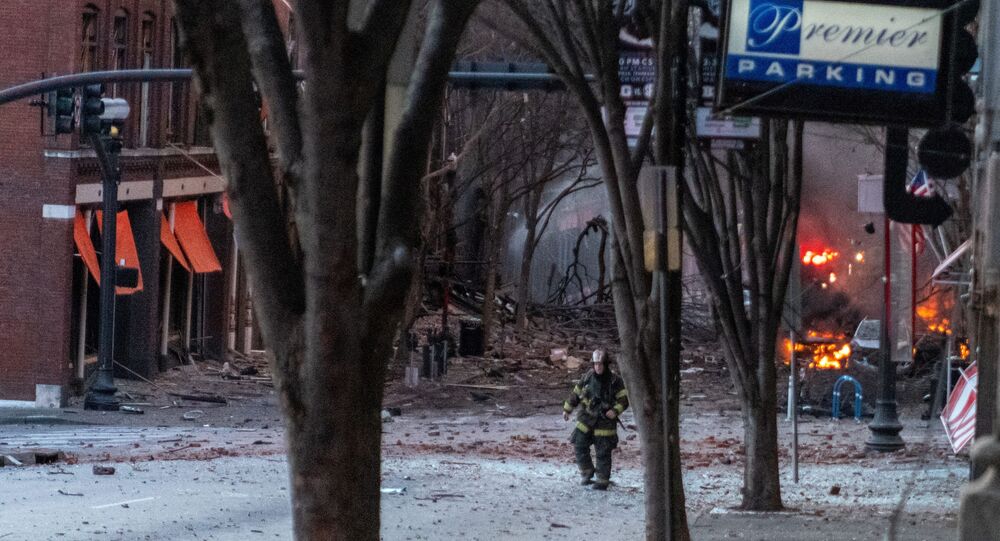 The suspect's home was searched by the FBI on Saturday, though they are still keeping silent about what exactly they found there, only having confirmed that the DNA samples retrieved from the house match the tissue found near the site of the explosion.

The man responsible for the Christmas Day blast in Nashville may have been a 5G conspiracy theorist and a believer in aliens, media reported on Sunday, citing law enforcement sources.

Earlier in the day, investigators said at a press briefing that it was too early to speak on the bomber's motives. The suspect was identified as Anthony Warner, 63, and is said to have died in the RV that exploded in the early hours of Friday in downtown Nashville.

Multiple law enforcement sources say investigators are looking seriously at whether Warner may have been motivated, at least in part, by a paranoia over #5G cellular technology. Sources say it appears he may also have believed in aliens. #NashvilleBomb https://t.co/VGhPjd18Wj

​Investigators said on the day of the explosion that it was an "intentional act", later adding that it was likely a suicide bombing. The "conspiracy theorist" version seems to have first been reported by the media, as the authorities have not classified it as a terrorist attack. No suicide note has been found either, at least, according to the official information.

Creepily enough, a pre-recorded warning sounded minutes before the blast urging residents in the nearby area to evacuate. The RV also played the 1964 song "Downtown" by Petula Clark, Nashville police told reporters on Sunday.

The explosion left three people injured and over 40 buildings damaged in the city’s downtown area, including an AT&T central office. According to Nashville Mayor John Cooper, there "has to be some connection to the AT&T facility and the site of the bombing," as the camping van that exploded was parked adjacent to the AT&T building.