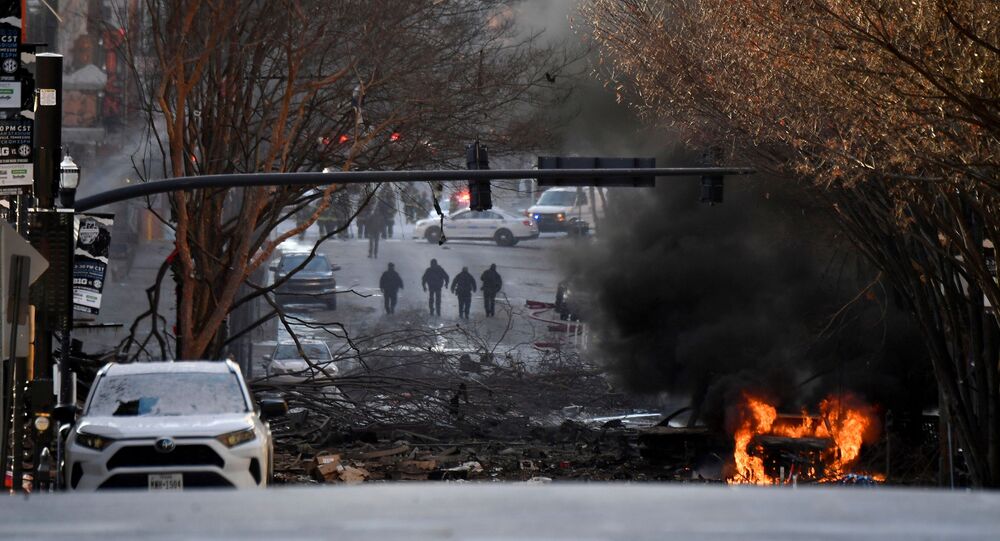 According to the FBI, who is leading the investigation, the DNA found near the exploded RV on Christmas Day matches DNA samples retrieved from the suspect's home.

63-year-old Anthony Warner has been identified as the man responsible for the Nashville RV explosion on Christmas Day, investigators said.

According to the results of the DNA analysis, the human remains found at the site of the explosion on Friday match the DNA samples that were taken from Warner's home searched by FBI agents on Saturday.

"An individual named Anthony Warner is the bomber. He was present when the bomb went off. He perished in the bombing", US attorney Don Cochran said in a press briefing held on Sunday.

BREAKING: Law enforcement is now announcing that Anthony Warner, 63, of Bakertown Rd, is the man believed responsible for Friday's explosion. He perished in the blast. No one else is presently believed to have been involved. Thank you to our federal & state partners. pic.twitter.com/PwMa1MwHvd

The authorities said it is too early to speak of the possible motives of the suspect.

Earlier in the day, Nashville Police Chief John Drake confirmed that Warner was the "person of interest" in the bombing investigation. An FBI spokesman said that it was Warner’s home in Antioch that was searched by federal agents after the same camper van as the one detonated in downtown Nashville on Christmas Day was spotted at the property.

The authorities had previously said that the Nashville explosion was an "intentional act", likely a suicide bombing.

Three people suffered injuries as a result of the blast and over 40 buildings were damaged in the city’s downtown area, including an AT&T central office. AT&T communication systems across Tennessee, as well as in Kentucky and Alabama were affected.

The damage is far worse than what the news is showing. Pray for our city & all the people effected by this horrible event. #nashvilleexplosion pic.twitter.com/mrnY2kbnxa

Creepily enough, a recording was played from the vehicle warning of a blast, as well as the 1964 song "Downtown" by Petula Clark, according to Nashville police.

Nashville Mayor John Cooper said in an interview with "Face the Nation" on Sunday that there "has to be some connection to the AT&T facility and the site of the bombing," as the camping van that exploded was parked adjacent to the AT&T building. He signed an executive order on Friday declaring a state of civil emergency and enforced a curfew in the downtown area until Sunday.

Tennessee governor Bill Lee on Saturday published a letter asking US President Donald Trump to declare an emergency and provide federal assistance to 41 businesses that suffered damages in the blast.