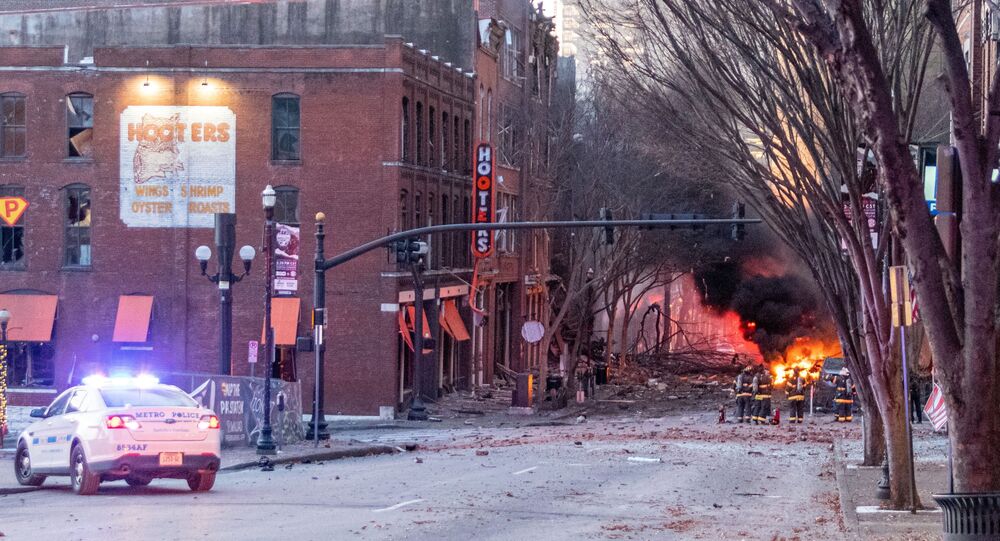 According to local police, the blast occurred at about 6:30 am local time in the city center in a van parked on the side of the road. Before the vehicle exploded, a pre-recorded warning urged people in the area to evacuate.

In the early hours of Friday, police responded to a call about gunshots heard in the downtown area of Nashville. When the officers arrived, they found a van parked nearby, which they considered suspicious, and as soon as the bomb specialists arrived at the scene, the van exploded, according to the Metro Nashville police department (MNPD).

Local media reported that prior to the explosion, witnesses heard a woman's voice counting down to zero in a recording, reportedly telling all the people within the area to evacuate.

According to media reports, the explosion injured three people, but none of the injuries appear to be critical. The buildings on the street suffered extensive damage, and the local fire department is on-site clearing the road of debris. The MNDP has opened an investigation into the incident, as local officials believe that the detonation was an "intentional" act.