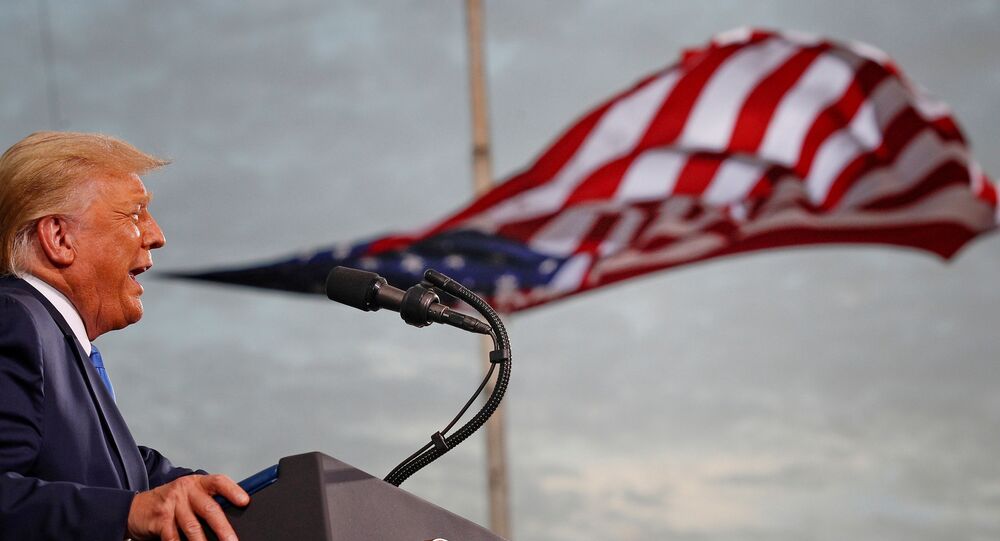 Earlier this month, both houses of the US Congress passed the 2021 National Defense Authorization Act (NDAA) despite threats from US President Donald Trump that he would veto the $740 billion funding measure.

Trump delivered on his past threats to veto the colossal defense bill on Wednesday, paving the way for the first potential override vote by congressional lawmakers during his presidency.

The now-vetoed bill would secure a 3% pay increase for US service members and ensure that defense modernization programs are up and running.

“My administration has taken strong actions to help keep our nation safe and support our service members,” Trump wrote in the veto notification. “I will not approve this bill, which would put the interests of the Washington, DC, establishment over those of the American people.”

“Unfortunately, the act fails to include critical national security measures, includes provisions that fail to respect our veterans and our military’s history, and contradicts efforts by my administration to put America first in our national security and foreign policy actions,” Trump added in a statement to Congress.

Without providing specific details, the commander-in-chief also noted that “it is a ‘gift’ to China and Russia." Trump previously tweeted on December 13 that the "biggest winner of our new defense bill is China."

Other reasons for the veto included the renaming of military installations that honored Confederate leaders, a hot topic issue that Trump previously clashed on with former US Defense Secretary Mark Esper when the latter effectively banned the display of the Confederate battle flag at US defense sites.

Earlier this month, Trump also threatened to veto the 4,517-page defense bill if lawmakers failed to include a measure that eliminated Section 230 of the Communications Decency Act, which provides protections to social media companies like Facebook and Twitter from being held liable for posts generated by users.

In the veto notice, Trump decried Congress' decision to not repeal the decades-old piece of legislation, which he said "facilitates the spread of foreign disinformation online." He added that it was a "serious threat to our national security."

The NDAA passed both the US House of Representatives and the US Senate with bipartisan, veto-proof majorities in early December. US House Speaker Nancy Pelosi (D-CA) has specified that the chamber will vote on Monday on whether to override Trump's veto.