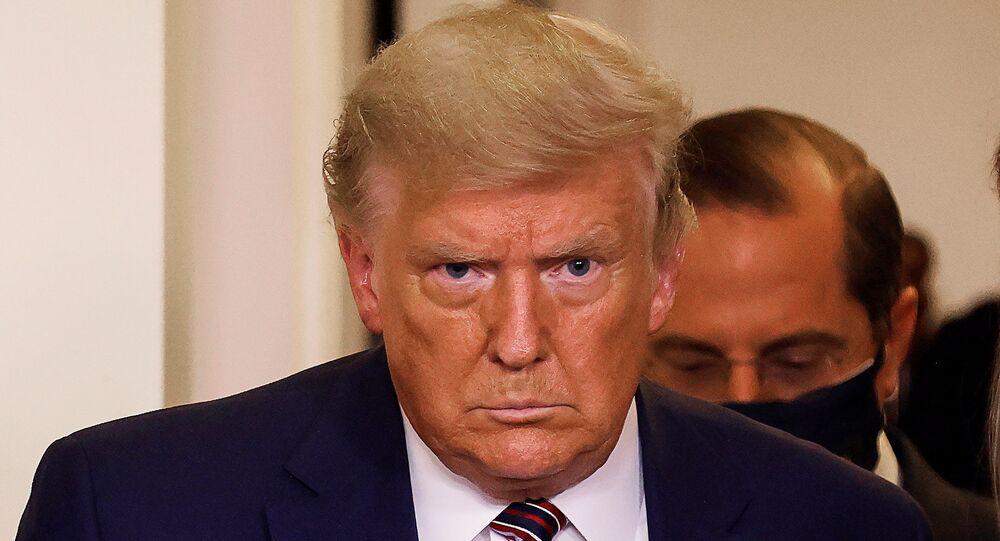 Earlier this week, the US Senate passed a $740-billion National Defence Authorisation Act (NDAA), which greenlights sanctions against the Nord Stream 2 project and Turkey over its acquisition of Russian S-400 missile defence systems.

US President Donald Trump has doubled down on his intention to veto the country's new defence bill, claiming that China would benefit the most from the legislation.

THE BIGGEST WINNER OF OUR NEW DEFENSE BILL IS CHINA!. I WILL VETO!

​Earlier, Trump said he would not sign the bill unless it includes the termination of Section 230 which grants immunity to online publishers from liability for content posted by users. Trump has repeatedly accused social media platforms of censoring conservative voices. He has also claimed that Facebook and Twitter tried to hush up reports about a tax investigation into Joe and Hunter Biden. Both Democrat and Republican representatives have opposed Trump’s request to repeal Section 230. The heads of Facebook and Twitter, for their part, have warned against terminating the legislation.

On 11 December, the US Senate passed the 2021 National Defence Authorisation Act, which among other provisions includes sanctions against the Nord Stream 2 gas pipeline project and Turkey over its purchase of S-400 missile defence systems from Russia. The bill also envisages the withdrawal of 12,000 US troops from Germany, okays further arms sales to Ukraine and bans military co-operation with Russia.

If the bill is approved by the Senate, the president will have ten days either to sign it into law or veto it. If Trump imposes a veto on the bill, it will return to the House. However, a veto can be overridden by a two-thirds vote in the House and the Senate and in this case it will become a law.