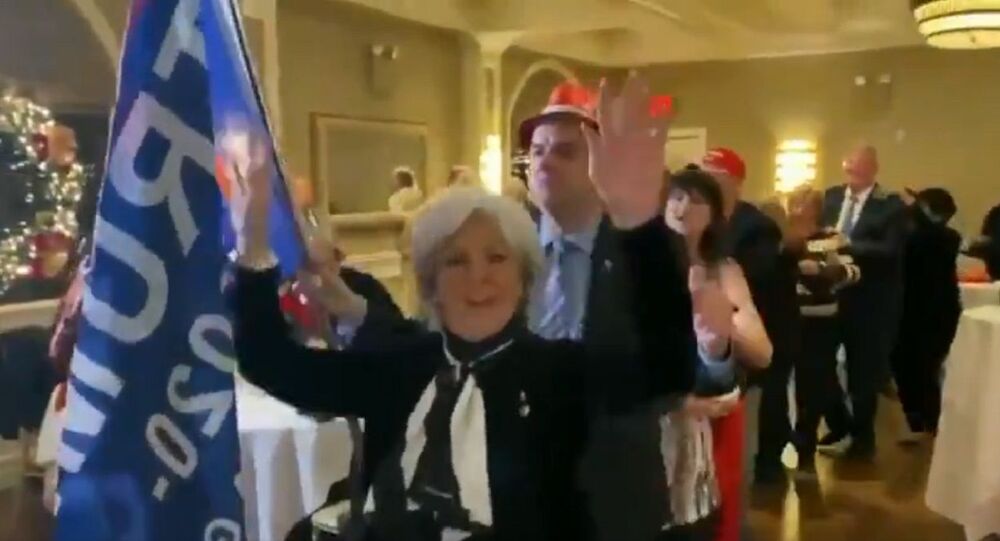 Members of the Whitestone Republican Club have been filmed having a maskless Christmas party on 9 December at an Italian restaurant in Queens, New York.

In the video, several members of the club are seen dancing in a conga line without their masks on.

This is possibly the most cringe thing I’ve ever seen. pic.twitter.com/BsQbWlbCeP

​The footage quickly went viral, prompting an investigation by the State Liquor Authority.

“Covid conga lines are not smart, that’s my official position,” Governor Andrew Cuomo  said as quoted by the New York Times. “Why you would do an unmasked conga line in the middle of a Covid pandemic, whatever your political persuasion, defies a logical explanation.”

In turn, the club said on it’s Facebook page that visitors were observing all the coronavirus guidelines.

“In early December we held a small gathering observing all the Covid guidelines in place at the time,” the club said. “Every attendee was told to wear a mask and everyone either had one when entering or was given one.”

New York became the first US state to administer the Pfizer coronavirus vaccine in the country after a nurse was inoculated with the drug following its approval by the federal government for emergency use.

The authorities in numerous jurisdiction throughout the United States, such as in New York, have said they are considering imposing shutdowns of businesses or have moved to restrict activities in the hope of containing the pandemic.