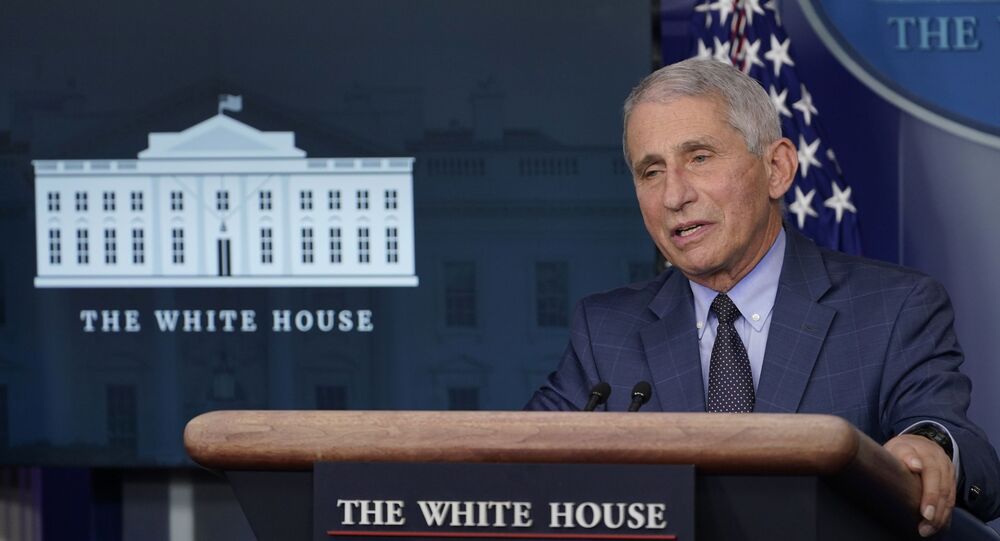 Countries across the globe have closed their borders to Britain after health experts revealed last week that a new variant of SARS-CoV-2, the virus that causes COVID-19, has emerged in the country. The new variant is believed to be about 70% more contagious than other strains.

Anthony Fauci, the director of the US National Institute of Allergy and Infectious Diseases and a member of the White House coronavirus task force, said Tuesday on ABC’s “Good Morning America” that it’s “certainly possible” the new strain of the virus is already present in the US.

“When you have this amount of spread within a place like the UK, you really need to assume that it’s here already. … It certainly is not the dominant strain, but I would certainly not be surprised at all if it is already here," he noted, The Hill reported.

However, Fauci on Monday advised against “overreacting” to the new strain and implementing a travel ban to stop its spread. When asked about that recommendation on Tuesday, Fauci called travel bans “rather draconian.”

He mentioned the idea of requiring plane passengers to be tested for COVID-19 before traveling, which is being considered in New York, saying, “That’s a big difference than completely shutting off travel and banning travel completely, which is really a rather dramatic step. That’s not really in the cards right now.”

When asked if a travel ban may be necessary at a later time, Fauci said: “I think one of the important things we need to do is to actually do surveillance here and find out. It might actually be here. I doubt that it’s the prevalent strain here, but as [New York Governor Andrew Cuomo] said, it is entirely conceivable that it’s already here.”

In a statement Tuesday, the US Centers for Disease Control and Prevention (CDC) also noticed that the new COVID-19 strain could be circulating in the US.

“Ongoing travel between the United Kingdom and the United States, as well as the high prevalence of this variant among current UK infections, increase the likelihood of importation,” the CDC said Tuesday. “Given the small fraction of US infections that have been sequenced, the variant could already be in the United States without having been detected,” the agency noted, adding that the new variant reportedly accounts for about 60% of recent infections in London.

According to the CDC, scientists are currently studying whether COVID-19 mutations may make testing less effective. In addition, there is concern that mutations could decrease the effectiveness of monoclonal antibody treatments, which use laboratory-made proteins that mimic the immune system’s capability to fight off viruses. The agency also mentions the possibility that multiple mutations to the spike protein of the virus might make it more resistant to vaccines.

“Among these possibilities, the last — the ability to evade vaccine-induced immunity — would likely be the most concerning because once a large proportion of the population is vaccinated, there will be immune pressure that could favor and accelerate emergence of such variants by selecting for ‘escape mutants,’” CDC explained. “There is no evidence that this is occurring, and most experts believe escape mutants are unlikely to emerge because of the nature of the virus."

The CEO of BioNTech, the German firm that co-developed Pfizer’s coronavirus vaccine, revealed Tuesday that he believes the vaccine will most likely work against the new COVID-19 strain.

“We don’t know at the moment if our vaccine is also able to provide protection against this new variant,” Ugur Sahin told reporters this week, according to the Associated Press. “But scientifically, it is highly likely that the immune response by this vaccine also can deal with the new virus variants.”

Twitterati Outraged by Fauci's Call to Spend Christmas Without Their Families