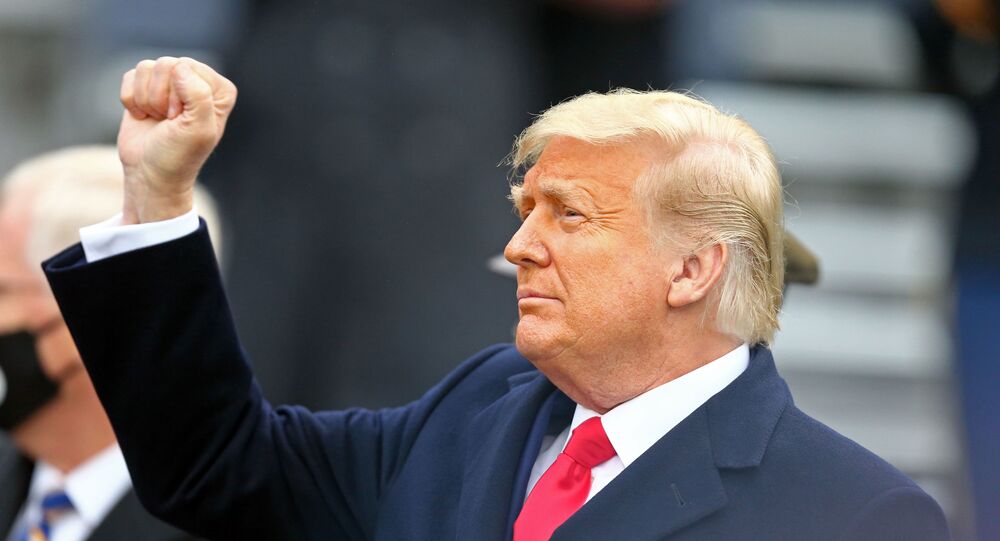 Several US media outlets earlier reported that Trump purportedly invited his former national security adviser, Michael Flynn, to discussions on how to overturn the result of the election, after the former official during a Newsmax interview, weighed in on the option to use martial law and the US military as a means of forcing a new election.

US President Donald Trump lambasted media reports claiming that he was considering the use of martial law to change the results of the November 3 US presidential election, calling the allegations deliberate "fake news".

POTUS took a swipe at another of his former national security advisers, John Bolton, who recently described as "appalling" allegations that Trump was consideration the use of martial law and the US military to "rerun" the election. Bolton said he had no doubt that Trump engaged in these discussions, calling it "another day at the Oval Office".

What would Bolton, one of the dumbest people in Washington, know? Wasn’t he the person who so stupidly said, on television, “Libyan solution”, when describing what the U.S. was going to do for North Korea? I’ve got plenty of other Bolton “stupid stories”.

Trump stated that Bolton was "one of the dumbest people in Washington". The president recalled Bolton's claims of the White House planning to go with a "Libyan solution" in negotiations with North Korea, something that POTUS claimed was responsible for tanking prospective talks with Pyongyang.

The president's criticism of media reports come in the wake of an Axios claim based on accounts of anonymous officials that some loyal White House figures fear that POTUS is attempting to abuse his powers to overturn the election. According to the media, that fear is connected with Trump's extensive communications with people whom media sources describe as "conspiracy nuts" who support the voter fraud claims.

While the Axios' source did not identify them, the description of one fits the narrative pushed by another former Trump national security adviser, Michael Flynn, who recently suggested in an interview with Newsmax that the US president should impose martial law in six swing states and use troops to organise an election do-over, declaring that the martial law has been introduced numerous times throughout US history and normal. What Flynn avoided mentioning is that force has never been in the United States used to overturn an election.

Another report, published by The New York Times, suggests that both Flynn and pro-Trump lawyer Sidney Powell, were invited for discussions on how to change the result of the 3 November presidential vote. Powell has been repeatedly criticised over peddling voter fraud claims and citing the Christian Bible to justify allegedly borderline conspiracy theories.