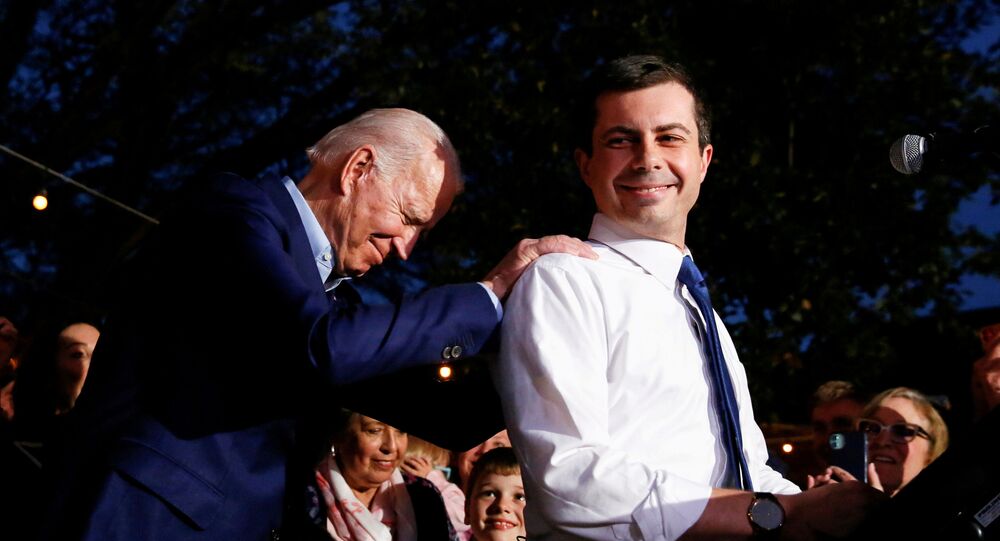 US President-elect Joe Biden has touted the diversity of his Cabinet nominees, although many have come under fire from journalists and critics for their questionable backgrounds and political connections despite their identities. Ironically, for Pete Buttigieg, the muckraker was Biden himself in an ad 10 months ago.

In the wake of nominating Buttigieg to head the US Department of Transportation, Biden’s campaign team has gone back and deleted an attack ad against the former South Bend, Indiana, mayor from earlier this year.

Sputnik reported on the attack ad when it came out, noting it unfavorably contrasted Biden’s work with Buttigieg’s.

“Both Vice President Biden and former Mayor Buttigieg have taken on tough fights,” the video narrator said. “Under threat of a nuclear Iran, Joe Biden helped to negotiate the Iran deal, and under the threat of disappearing pets, Buttigieg negotiated lighter licensing regulations on pet chip scanners.”

“Both Vice President Biden and former Mayor Pete have helped shape our economy. Joe Biden helped save the auto industry, which revitalized the economy of the Midwest, and led the passage and the implementation of the Recovery Act, saving our economy from a depression,” she added. “Pete Buttigieg revitalized the sidewalks of downtown South Bend by laying out decorative brick.”

Buttigieg’s campaign decided to swing from where it was standing, denouncing Biden’s dismissal of a small town as proof of why Buttigieg was running.

“At this moment, the American people are crying out for something completely different from this classic Washington-style of politics," Buttigieg's national press secretary, Chris Meagher, said in a statement, according to The Hill. "While Washington politics trivializes what goes on in communities like South Bend, South Bend residents who now have better jobs, rising income and new life in their city don't think their lives are a Washington politician's punchline."

“Pete’s on-the-ground experience as mayor, turning around a Midwestern industrial city, is exactly why he is running for president," he continued. "The vice president’s decision to run this ad speaks more to where he currently stands in this race than it does about Pete’s perspective as a mayor and veteran.”

However, their tune very quickly changed, and just weeks later, Buttigieg endorsed Biden in a surprise campaign suspension immediately before the Super Tuesday primaries, being joined in the move by Sen. Amy Klobuchar (D-MN).

“A mayor from the heartland, a management expert, a policy wonk with a big heart, a veteran, lieutenant in the United States Navy Reserve, an intelligence officer deployed to Afghanistan while he was mayor. A new voice with new ideas, determined to move past old politics,” Biden gushed in Wilmington, Delaware, when he announced Buttigieg’s nomination, adding that he’s “one of the smartest people you’ll ever meet and one of the most humble.”