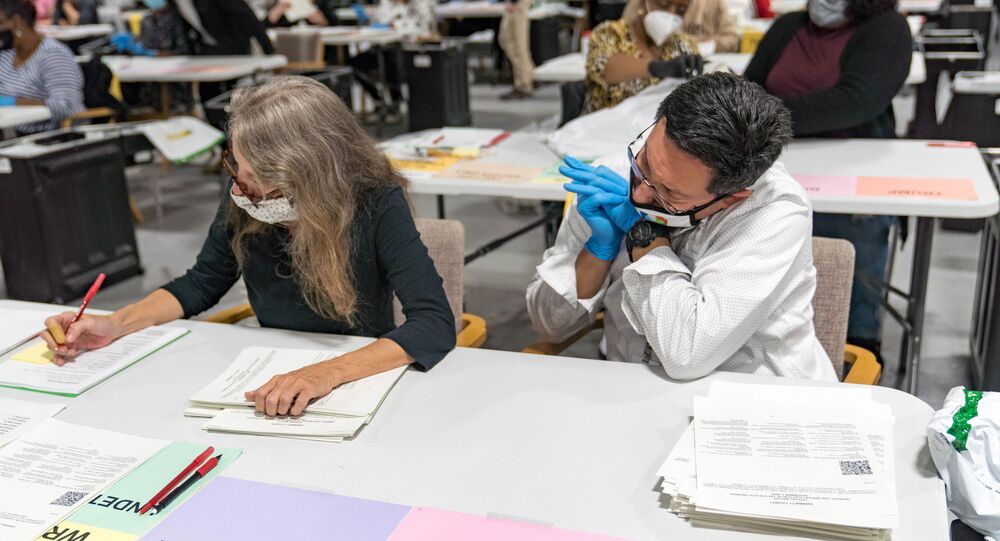 WASHINGTON (Sputnik) - Georgia officials have confirmed in a third ballot recount that projected President-elect Joe Biden won the presidential election in the battleground state, Secretary of State Brad Raffensperger said during a news conference on Monday.

On Friday, Trump’s team announced that it had filed a motion to nullify the election results in the state of Georgia, saying that there were "tens of thousands" of illegally cast ballots that it had documented in the state.

Earlier on Monday, a US federal judge dismissed the lawsuit from the Trump campaign that sought to overturn the presidential election in the state.

"Plaintiffs essentially ask the court for perhaps the most extraordinary relief ever sought in any federal court in connection with an election: they want this court to substitute its judgement for that of 2.5 Million Georgia voters who voted for Joe Biden..."

"...and this I am not willing to do. The TRO that was entered on Nov. 29 is dissolved, the motions to dismiss are granted." - Judge Timothy Batten, appointed by George W. Bush.

​Georgia will remain in the spotlight as the state holds runoff elections on January 5, with Republican Senators David Perdue and Kelly Loeffler facing Democrats Jon Ossoff and Raphael Warnock, respectively. Democrats will need to win both of the Senate seats to secure 50, an effective majority considering soon-to-be Vice President Kamala Harris will be casting tie-breaking votes. The Republicans currently control 53 seats.