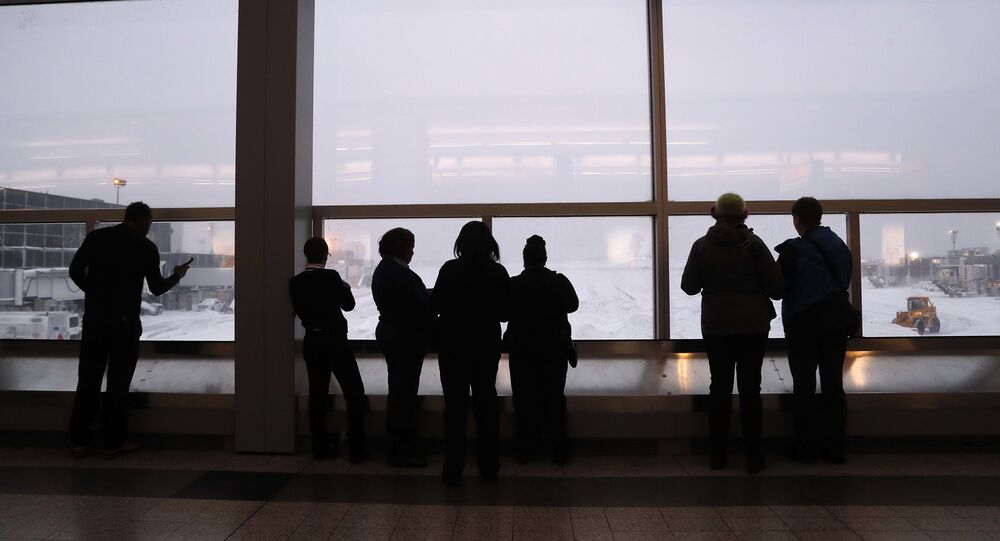 Earlier, a spokesperson with the Russian Embassy in the US told Sputnik that police were searching an Aeroflot plane at JFK airport in the city of Jamaica, NY, for explosives after reports of a bomb threat.

MOSCOW (Sputnik) - No explosives were found on board an Aeroflot plane that arrived from Moscow at the John F. Kennedy International Airport in New York, a Russian Airlines spokesperson told Sputnik.

Earlier, New York City police stated they were checking an Aeroflot plane that had arrived at the John F. Kennedy International Airport from Moscow for explosive devices, according to a spokesperson with the Russian Embassy in the US.

"The police received a notification about the presence of an explosive device on board and are working on it at the moment. As far as we know, they are searching the plane for explosive devices," the spokesperson told Sputnik.

According to the Russian Embassy, the Aeroflot flight to Moscow was delayed.

An airport representative told Sputnik that the Aeroflot flight to Moscow was delayed twice amid the search. The initial departure time was 17:40 (22:40 GMT on Sunday), and was then changed to 20:20, and later to 21:40 local time.

A representative of the Port Authority Police told Sputnik that all passengers that arrived from Moscow had disembarked the plane.

"Port Authority Police received a report of a bomb threat on Aeroflot flight #102. The plane landed at JFK Airport at approximately 3:46 pm [20:45 GMT on Sunday]. Passengers were deplaned and PAPD [Port Authority Police Department] is currently sweeping the plane. The airport is open and there are no delays due to this investigation," a police spokesperson said.

The John F. Kennedy International Airport (JFK) tweeted that the incident in no way has affected its flight operations.

Due to an ongoing incident, emergency personnel and activity may be observed at #JFK airport. Please note that the airport is fully open and flights are operating without delays.