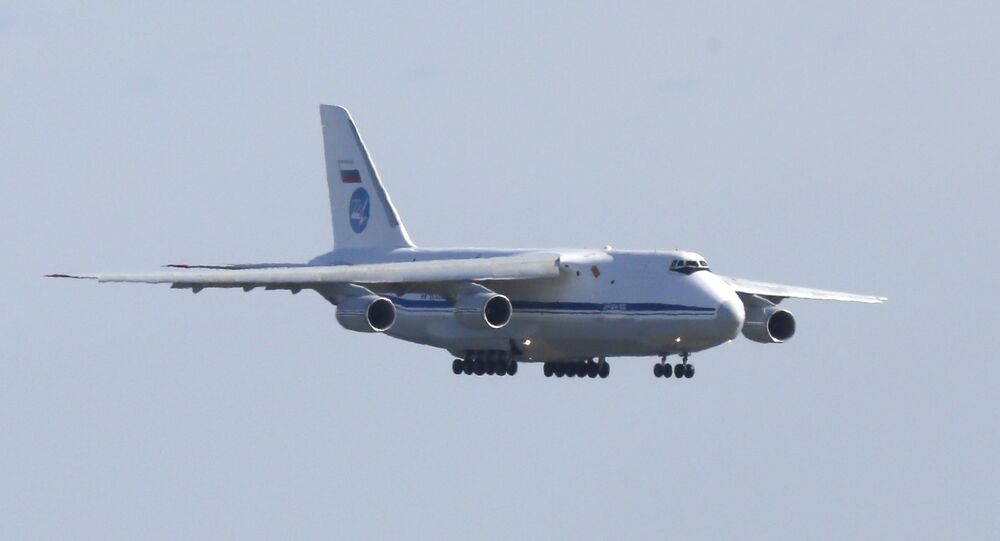 The United States is currently the nation hit hardest by the new coronavirus disease (COVID-19), topping the global infection tally with more than 206,200 cases registered, according to the Johns Hopkins University count.

WOW: New York air traffic controller to Russian Air Force cargo plane: "We sincerely thank you for all of the assistance you're bringing in." The plane in on final approach landing on runway 31L at JFK momentarily pic.twitter.com/oFHJyOiaQL

Russian Deputy Permanent Representative to the UN Dmitry Polyanskiy later commented that the country could send more medical supplies to the US.

"I do not know about it yet, but I think this cannot be excluded", Polynaskiy said when asked whether there would be more aid deliveries from Russia to the United States amid the health emergency in the country.

Polyanskiy was speaking from the John F. Kennedy International Airport in New York just a few moments after the arrival of the Russian airplane.

Polyanskiy said that upon the airplane’s arrival, the pilots and US personnel immediately started unloading the aid from the aircraft, which is set to fly back to Russia later on Wednesday.

The diplomat noted that the US personnel who took part in the unloading process looked at the giant Russian cargo airplane - Antonov An-124 - with admiration and gratitude.

"It was a little bit unexpected for them", Polyanskiy said. "They all were holding cell phones to take pictures of the airplane".

Polianskiy noted the severity of the situation in New York and added that it is difficult to overestimate the importance of Russia's support.

"This is a great gesture of solidarity with New Yorkers who found themselves in a challenging position, and I think they would appreciate this help", Polianskiy said.

The US State Department also commented on the Russian supplies.

"Both countries have provided humanitarian assistance to each other in times of crisis in the past and will no doubt do so again in the future", State Department spokesperson Morgan Ortagus said in a press release. "This is a time to work together to overcome a common enemy that threatens the lives of all of us".

Ortagus said the United States purchased Russian medical supplies, including ventilators and personal protection equipment, as a follow-up up to the March 30 telephone call between President Donald Trump and Russian President Vladimir Putin. She added that the supplies were delivered to the Federal Emergency Management Agency (FEMA) in New York City.

Moreover, Ortagus said the United States "cannot do it alone" to provide humanitarian aid across the world.

The total number of COVID-19 cases in the US has reached 206,207, the death toll has risen to 4,542, the count by Johns Hopkins University shows. The US government expects these numbers to increase.