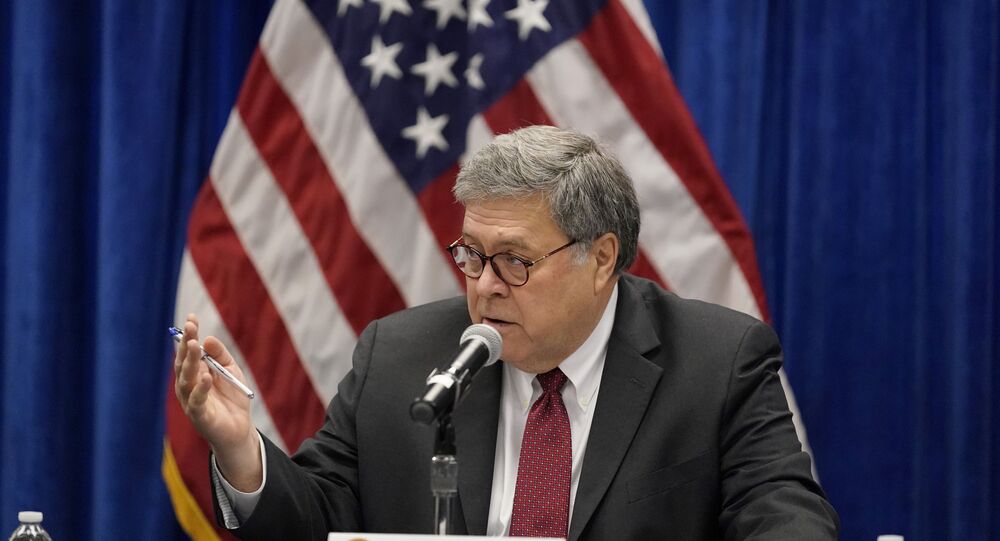 Attorney General Barr Might Step Down Before End of January, Reports Suggest

Barr could announce his departure before the end of the year, one source told the newspaper in a Sunday article.

According to another source, the attorney general, a Trump appointee, had been considering stepping down since before last week.

All three sources told The New York Times that it is possible that Barr could remain in the post past January 20 as he has yet to make a final decision on his departure.

If Barr does step down before the end of January, US Deputy Attorney General Jeffrey A. Rosen would take over his duties.

One source told The New York Times that Trump has had no influence on Barr's mulling of a departure from his post as attorney general.

Trump acknowledged that the General Services Administration had initiated a formal transition of power to the Biden team in November, while continuing to dispute the outcome of the 3 November presidential election, claiming that there was massive fraud on the part of Democrats during the vote.