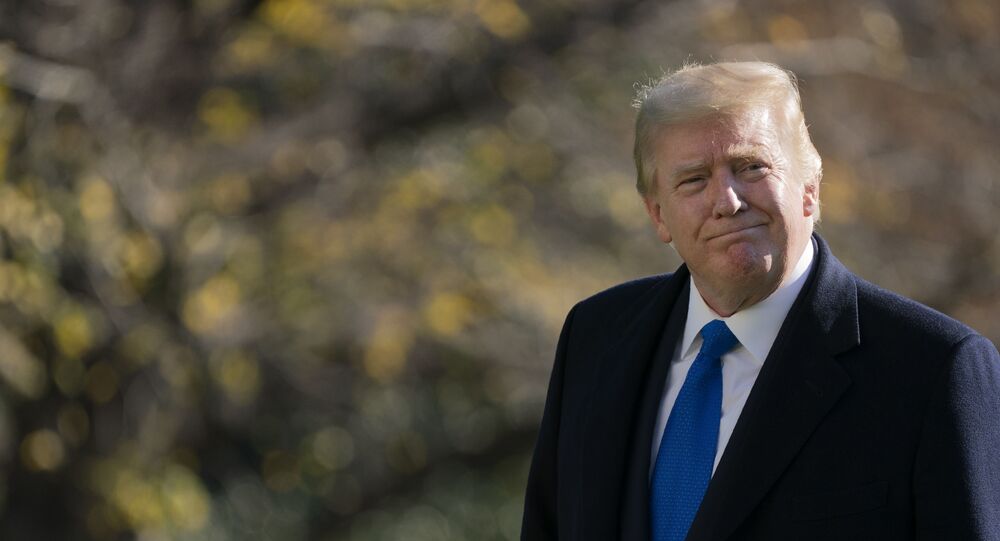 Section 230 in the Communications Decency Act shields tech companies from liability for user content. Trump, who has been accusing Big Tech of a bias toward Conservatives, has been threatening for months to remove this legal shield.

US President Donald Trump on Tuesday tweeted that he would "unequivocally veto" the national Defense Authorization Act (NDAA) unless Section 230 - that shields tech companies from lawsuits over user content - is removed from the bill.

He characterized Section 230 as a "serious threat" to US national security and election integrity.

"Section 230, which is a liability shielding gift from the U.S. to “Big Tech” (the only companies in America that have it - corporate welfare!), is a serious threat to our National Security & Election Integrity. Our Country can never be safe & secure if we allow it to stand", Trump tweeted. "Therefore, if the very dangerous & unfair Section 230 is not completely terminated as part of the National Defense Authorization Act (NDAA), I will be forced to unequivocally VETO the Bill when sent to the very beautiful Resolute desk".

.....Therefore, if the very dangerous & unfair Section 230 is not completely terminated as part of the National Defense Authorization Act (NDAA), I will be forced to unequivocally VETO the Bill when sent to the very beautiful Resolute desk. Take back America NOW. Thank you!

​Trump's remarks come as Twitter continues to slap labels to practically every tweet by the president where he alleges that voter fraud occured during the 2020 presidential election. The label that says "This claim about election fraud is disputed" is placed on the majority of tweets regarding election fraud posted by Trump and his allies, with many people pointing at the fact that liberals have not been subject to this kind of censorship.

POTUS has long been at odds with the "Big Tech", accusing prominent tech companies such as Facebook, Google and Twitter of being owned by what he describes as "the Radical Left" and being biased towards the conservatives.

Section 230 of the Communication Decency Act (CDA) says that "No provider or user of an interactive computer service shall be treated as the publisher or speaker of any information provided by another information content provider". The legislation protects social media platforms from lawsuits over the user content.

The Trump administration has been targeting the Section for months amid president's continious squabbles with social media platforms. Earlier, Axios reported that Sen. Roger Wicker, Republican chairman of the Senate Commerce Committee, suggested that a bill limiting Section 230 protections be included in the NDAA.

Currently, the differences in NDAA 2021 are being resolved between the House and the Senate before the bill is presented to the president.

Earlier in November, heads of Facebook and Twitter, Mark Zuckerberg and Jack Dorsey respectively, took part in the Senate hearing regarding the role of the big tech in the presidential election 2020. Among other issues, Section 230 was discussed at the hearing.

“Completely eliminating Section 230 or prescribing reactionary government speech mandates will neither address concerns nor align with the First Amendment,” Dorsey said. “Indeed, such actions could have the opposite effect, likely resulting in increased removal of speech, the proliferation of frivolous lawsuits, and severe limitations on our collective ability to address harmful content and protect people online.”

Zuckerberg echoed his counterpart's concerns, defending Section 230 in his testimony.

“Without Section 230, platforms could potentially be held liable for everything people say,” Zuckerberg said. “Platforms would likely censor more content to avoid legal risk and would be less likely to invest in technologies that enable people to express themselves in new ways. Without Section 230, platforms could face liability for doing even basic moderation, such as removing hate speech and harassment that impacts the safety and security of their communities".

However, both CEOs did not object to potentially updating Section 230, admitting that their platforms should be more transparent about how content moderation policies are formed and brought to life.